Just under a week until ALL ROADS END HERE hits the shelves. If you’ve ordered a signed copy, it’ll be on its way to you in the next couple of days. If you haven’t ordered yet and you want a copy defaced with a scribble from me, click here.

In the meantime, just to whet your appetite, I thought I’d share the first chapter of the book with you. WARNING – CONTAINS SPOILERS FOR ONE OF US WILL BE DEAD BY MORNING! DON’T CLICK IF YOU HAVEN’T READ THE FIRST BOOK! 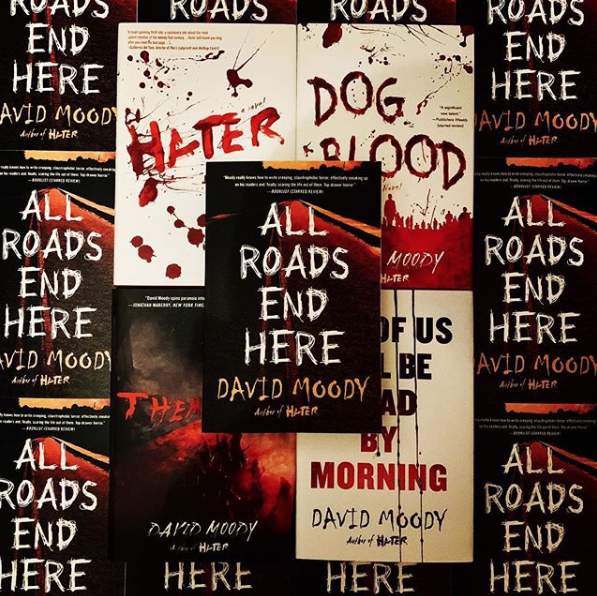 Thanks to everyone who entered the recent AUTUMN: AFTERMATH giveaway. I had hundreds of entries, which was great to see. I’m pleased to be able to announce (most of) the winners. Congratulations to: Your books will be in the post shortly. I’m still waiting for three final winners to confirm their details with me. If you followed me on Facebook last month, check your messages as the books were all won by new Facebook followers.

Thanks again to everyone who entered, and huge thanks also to the kind folks at Thomas Dunne Books / St Martins’ Griffin for putting up the prizes. 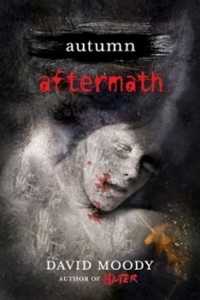 I’ve been waiting years to be able to type that sentence! AUTUMN: DISINTEGRATION was finally released today through Thomas Dunne/St Martin’s Griffin in the US. First announced in 2006 and finished in 2008, it’s taken far longer than I ever expected to get the book out. It seems to be going down well, though…

Library Journal said: “In Disintegration, the best installment, Moody ventures into Lord of the Flies territory. The juxtaposition of the two groups of survivors and the consequent tension between them produces excruciating suspense not seen before in the series. The ending is utterly chilling…”

28dayslateranalysis.com said: “The wait was well worth it.”

And after keeping you waiting for several years too many, I can’t wait to hear what you think of it. Please grab the book and let me know. The UK edition, by the way, is out on December 29th. Apologies for the extra delay, UK readers.

Coming soon – more short stories featuring the new characters from DISINTEGRATION, a chance to win some original AUTUMN artwork, and your first glimpse into the dead world of AUTUMN: AFTERMATH.

I’ve got five copies of the new US edition of AUTUMN: PURIFICATION to give away (courtesy of the good folks at Thomas Dunne Books).

To enter, just do one or more of the following before midday (UK time) on Saturday 20th August (you’ll get an entry for each you do).

Good luck! Remember – as always – the competition is open worldwide, and my decision is final. Only one tweet and one Facebook post per person please. The winners will be chosen at random and announced on Sunday 21st August.

The third book in the AUTUMN series is now available from Thomas Dunne Books/St Martin’s Griffin.

Trapped between the military and the dead, the remaining survivors carve out a fragile and uncertain existence. In a moment of madness their safety and security is jeopardised. All hope is gone, but in the rotting shadows of the past, they find the key to what remains of their future . . .

THE CITY – the second book in the AUTUMN series – is out now!

A disease of unimaginable ferocity has torn across the face of the planet leaving billions dead. A small group of survivors shelter in the remains of a devastated city, hiding in terror as the full effects of the horrific infection start to become clear. The sudden appearance of a company of soldiers again threatens the survivors’ fragile existence. Do they bring with them hope, help and answers, or more pain, fear and suffering?

Discuss the books over at the official forum or the new Facebook group – Moody’s Survivors.

Hard to believe, but it’s nine years since the first version of AUTUMN appeared online. And now, four sequels, half a million free downloads, a movie and a free audio adaptation later, this week the book is getting its first ‘proper’ mainstream release from Thomas Dunne Books / St Martin’s Griffin in the US (26th October) and Gollancz in the UK (28th). You can find out more about the new editions by clicking the covers below.

To celebrate this long-overdue re-release, I’m giving away 5 copies of the brand new UK hardback. To enter for a chance to win a copy, just email autumngiveaway@djmoody.co.uk with the subject ‘Spread the Infection’. One email per person please, but you can earn yourself an extra entry or two by sharing this on Facebook or re-tweeting it on Twitter. The winners will be chosen at random and you have until Tuesday 2nd November to enter. As always with my competitions, my decision is final! Good luck!

I’m heading out on a short break with the family now before the Autumn book signings start next week, so please bear with me if you send emails, ask questions etc. over the coming days. I’ll get back to you as quickly as I can.

And just to answer a question I’ve been asked several times recently – yes I will be selling signed copies of the book through www.infectedbooks.co.uk. I’ll be holding my annual signed book sale in November. Watch this space!

PLEASE NOTE – the competition is now closed. Winners will be announced shortly. 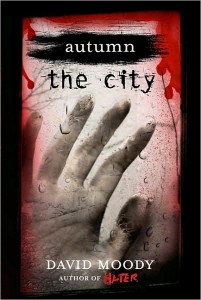