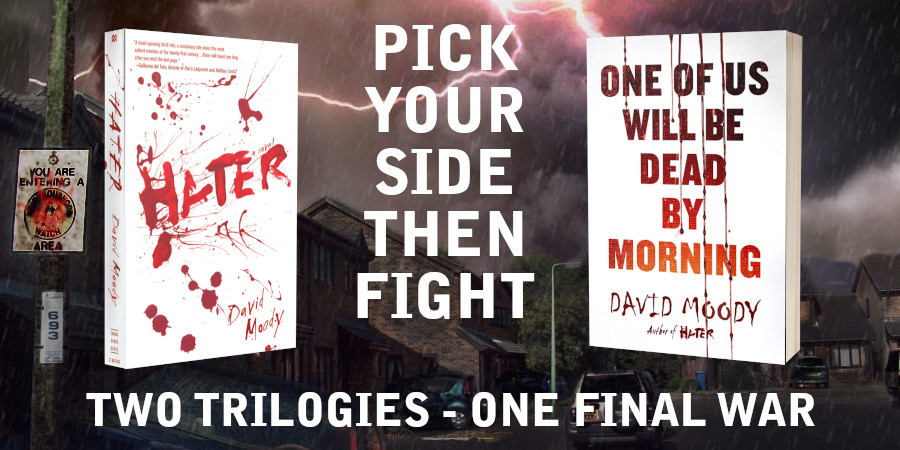 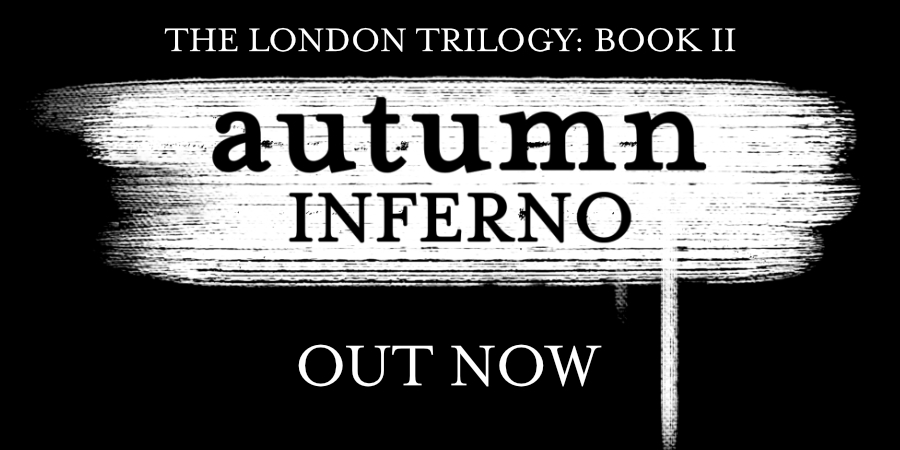 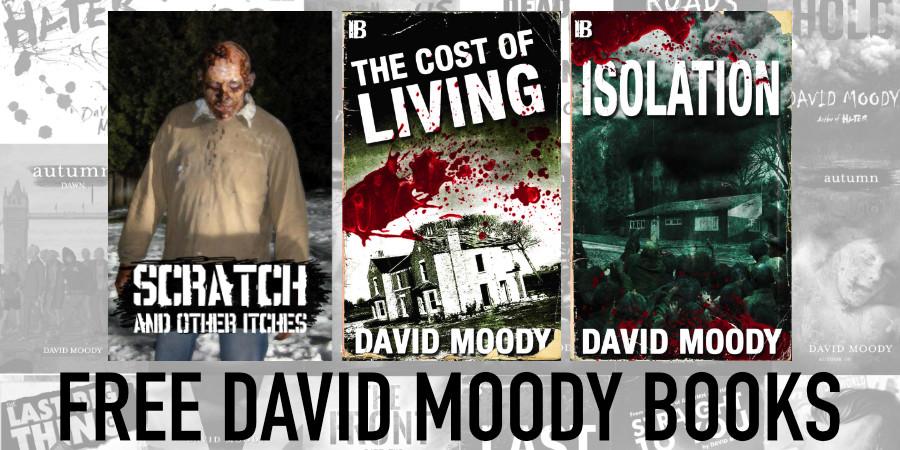 In a recent post I bemoaned the fact I have a backlog of too many ideas and not enough time. Your responses were reassuring, and it’s good to know I’m not the only one who struggles with an off-kilter inspiration-to-output ratio. My first overseas trip for a few years has done nothing at all to help that situation. If anything, it’s made it worse. But in a good way.

Lisa and I managed to visit to Lanzarote a couple of weeks ago. It was a holiday we’d attempted to take three times previously, only to be derailed at various stages by pandemics, heart attacks, budget airlines and dodgy travel firms. The world of 2022 remains a horrifically volatile place, and it felt indulgent taking a holiday when so many people are struggling, but it also felt good that we were able to pause for a while and soak up new surroundings.

It’s always invigorating to be able to look at the world from a different angle. It makes me realise just how small an area our lives typically operate within. What’s normal to you in your day-to-day might seem bizarre or extreme to me, and what I think of as mundane might be the height of excitement to someone else. When I was very, very, very young I was convinced that holidays worked on some kind of exchange system – you went and lived someone else’s life for a week or two, and at the same time they came and tried out your world for size. My tiny, pre-school brain had assumed that everyone led the same kind of lives, they just happened to do it in different places. I should add, by the way, that this was just a fleeting misapprehension, and that by the time I reached school age I’d realised that swapping two weeks at the seaside for a fortnight living in our semi-detached house in the middle of Birmingham would have been a bum deal for whoever owned the caravan we’d been staying in.

My point is, we sometimes have a tendency to assume that our lives are normal/typical/as good as things get.

I think the pandemic and the various lockdowns most of us went through have further distorted this perspective. A week sitting by the pool in a quiet little resort felt at times like a trip to another planet, non-stop brain food. Who’d have thought that a coach trip through the lava fields of Lanzarote would have provided inspiration for a key scene in the upcoming AUTUMN: EXODUS?

I guess I just wanted to post this as a counterpoint to my previous post about ideas. I doubt that any writer will ever use up their entire reservoir of ideas, no matter how long and prolific their career. My beef was with the onward march of time, not my overactive imagination! Finally getting away again was a welcome reminder of the unquestionable importance to me of looking further than the end of my nose and grabbing every opportunity that comes up. Better to have a thousand unused ideas and have lived, than to have worked non-stop and be scratching around for things to say.

I watched a great video on YouTube today which happened to contain a quote from Irvine Welsh that summed up the point of this post. Unfortunately I only have an auto-translated version of a Ukrainian translation (if anyone can direct me to the source of the quote I’d be grateful), but here it is: “It’s only when you start travelling that you understand what’s wrong with the place where you were born and raised.”

THIS IS ACE! Joseph Freeman’s MIDSUMMER MACABRE is now live. Settle back for the next couple of hours and enjoy readings from PETER ADKINS, ALISON MOORE, JOE, TIM LEBBON, and myself.

The show was brilliantly put together by Joe, and I want to thank him for inviting me to be a part of it. I hope you enjoy it.

Actually, I have somewhere in the region of 240 documented writing ideas at present. And here’s a sobering thought: I’ve probably got more ideas left than time.

Many years back – I’m not sure exactly when, but it’s definitely more than a decade ago – I decided to create a document I could use to record my thoughts wherever and whenever inspiration decided to strike. I kept it in the cloud so that I could access it on the move, and I’ve added to it regularly since then. Some of these ideas are just one or two word sparks, a single line of dialogue or a snatch of conversation perhaps, while others are more fully formed.

Until recently, this document – which, with great originality, I titled ‘Ideas’ – was a source of great pride. Now, though, it’s in danger of becoming a source of disappointment and shame. Okay, I’m deliberately over-egging the language here, but there’s a serious point to be made. I was in my thirties (just about) when I started the document, and I felt like I would go on forever. There was no need to rush to get things written, because I had decades and decades ahead of me, in which I’d write countless novels and short stories. Well, hopefully that’s still the case, but only a handful of the 240+ ideas I have stored up have so far seen the light of day.

Writing is by turn an exhilarating and infuriating vocation. The writer often has surprisingly little control over what they get done and when. I’ve had fully formed ideas that have been written and edited in no time at all, and (several) complete novels that have each taken over a year to write but which haven’t been published and most likely never will. My average time for writing a novel start to finish is around six months so, using that as a starting point, it would likely take me longer than a century to get everything in my ideas vault written, and that’s not taking account of any future flashes of inspiration that might strike.

I think I need to try a different approach.

Another frustration of mine is that I frequently forget to post online. If I’m honest, it’s not so much that I forget, sometimes I choose not to do it, and that’s often because I’m too focused on finishing what I’m currently writing to look up from the screen. That can be a good thing, but I’m increasingly of the opinion that, in my case, it’s not.

I’m thinking of spending a period of time each week working on a random selection from my document, then posting it here for a month or three. I have no idea what will come of it, but it will definitely be an interesting experiment that’ll a) give me chance to branch out and try a few new things, and b) give you something new to read for free each month – a short story or novella, perhaps. Think of it as a Patreon perk, but without having to pay!

Before I commit, just let me know – is that something you’d keep coming back here for? What kind of things would you like to see?

Well, that went fast! It’s a year today since AUTUMN: DAWN hit the shelves. To say I’m thrilled with how the new AUTUMN books have been received is an understatement. I was worried how fans of the original series would take to the new trilogy but, by and large, you seem to have approved! THE LONDON TRILOGY is different in terms of scope and scale, but they retain the same gloom-filled atmosphere as the earlier novels. If you haven’t yet had chance to read them, please click the links to find out more. I can particularly recommend the audio versions – AUBREY PARSONS‘ excellent narration adds a whole new dimension to the story.

Now that both AUTUMN: DAWN and AUTUMN: INFERNO have been out for a while, I thought it was about time I provided an update on AUTUMN: EXODUS, the final book in the trilogy. To me, EXODUS feels like a hybrid of both series, combining the pace and attitude of DAWN and INFERNO with the quiet desolation of the original books. The writing process is progressing well and I’m hoping the book will be released in late November this year. As always, please keep an eye on this site for updates.

Until then, here’s a hint of the direction the story takes…

In the ashes of London, the survivors of the Great Fire wait to make their move. But even now, days after the inferno that consumed this once great city, the dead continue their relentless advance, hunting out the last of the living.

The survivors are going to have to risk everything to escape here, and then risk everything again as they attempt to reach Ledsey Cross, a fabled safe haven at the other end of the country. Every step they take will be fraught with danger. There will be no short cuts and no easy options. To have any chance of staying alive, the group will need to trek hundreds of miles through the harshest of winters, across a land ruled by the living dead.

I chose one of my foulest, seediest short stories to read (it’s one from THE LAST BIG THING collection, if you’re interested), and recorded it in an empty attic a couple of months back. It’s a suitably grubby, audio-visual treat!

I hope you can tune in. Visit www.josephfreeman.co.uk on the day to watch.

A rare personal post from me today, one which I hope will redress the gloom of my ranting last post. Something wonderful happened a week ago today – my second granddaughter was born. Here’s a picture of me (the ugly old one) with the baby. Congratulations to Katie and Steweart on her safe arrival.

You’ll never guess what they’ve called her. It’s a beautiful name, and one which has particular significance to me. Please welcome baby AUTUMN!