In previous recommendation posts I’ve talked about my local cinema, which is literally a couple of hundred metres from my front door. In the brief time it was open between lockdowns last year, I managed to fit in a few visits, mostly to see re-releases of old movies on the big screen (DOG SOLDIERS and V FOR VENDETTA, if you remember). But there was one new release I’d been really keen to see which I didn’t quite manage to fit in. The film was SAINT MAUD, and over the course of the UK’s endless third lockdown, I watched a crumpled poster for the movie gradually fading in the winter sunlight outside the cinema. At the risk of sounding pretentious, it was as if Maud herself was constantly reminding me to watch. When the film popped up on Amazon Prime in the UK a short while back, I did just that, and I’m so pleased I did. What a magnificent film SAINT MAUD is.

Maud is a reclusive young nurse whose impressionable demeanour causes her to pursue a pious path of Christian devotion after an obscure trauma. Now charged with the hospice care of Amanda, a retired dancer ravaged by cancer, Maud’s fervent faith quickly inspires an obsessive conviction that she must save her ward’s soul from eternal damnation, whatever the cost.

It’s so good to find a well written, well acted, self-contained film like this. In an era where franchises about fast cars and monsters and superheroes go on and on forever, and shite action movies get endless sequels because people watch them, not because they’re actually any good, it often feels like quiet, unnerving, smart films like SAINT MAUD don’t stand a chance. And that’s a real shame. I know, I know… the mainstream film industry is exactly that – a profit-driven industrial machine, and those films I mentioned make the bulk of the money – but give me SAINT MAUD over crap like ARMY OF THE DEAD any day of the week.

So what makes SAINT MAUD so special? For me, it’s a combination of a few things. First, writer and director ROSE GLASS. The story-telling here is confident yet sensitive, giving us space to make up our own minds about Maud as the film progresses. I think I’m becoming allergic to exposition dumps in films, and this is a textbook example of how to do it right. It’s clear early on that all is not well with Maud, and Glass’s script tells us just enough to confirm our suspicions while still keeping us guessing. There’s no need to fully delve into Maud’s backstory; a few hints are given through the briefest of flashbacks and interactions with supporting characters, but we’re left wondering right until the end of the film. The cinematography is excellent, and the location – Scarborough – adds to the eeriness with its out-of-season seaside vibes.

The real joy here, though, is MORFYDD CLARK as Maud. Her performance is absolutely spot on, hitting the sweet spot between appearing vulnerable and lost one minute, borderline psychotic the next. The success of the film hinges on Clark’s performance, and yet she seems natural, almost effortless in the role. She’s heartbreakingly engaging, and at the same time genuinely menacing. 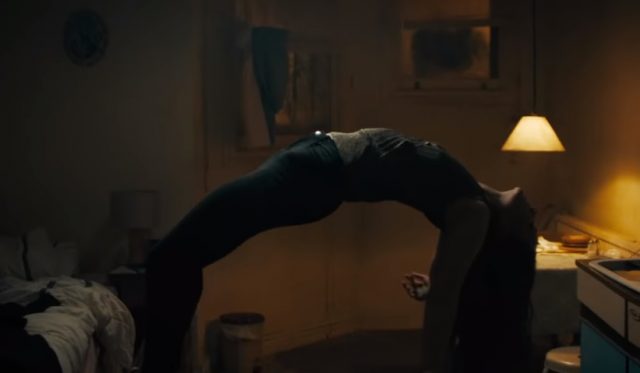 If you’re reading this, you’ve probably read one (hopefully more!) of my books. You’ll know that my style is direct, with very little filler. You won’t find page after page of backstory and imagery in a Moody novel, because I like to focus on the story – everything else can often feel superfluous. For me, that’s another reason why SAINT MAUD hit the spot. It clocks in at less than ninety minutes, and there’s barely a wasted second. Every frame of the film drives the story towards a conclusion in which the only certainty is that it’s going to be bloody hard to watch. 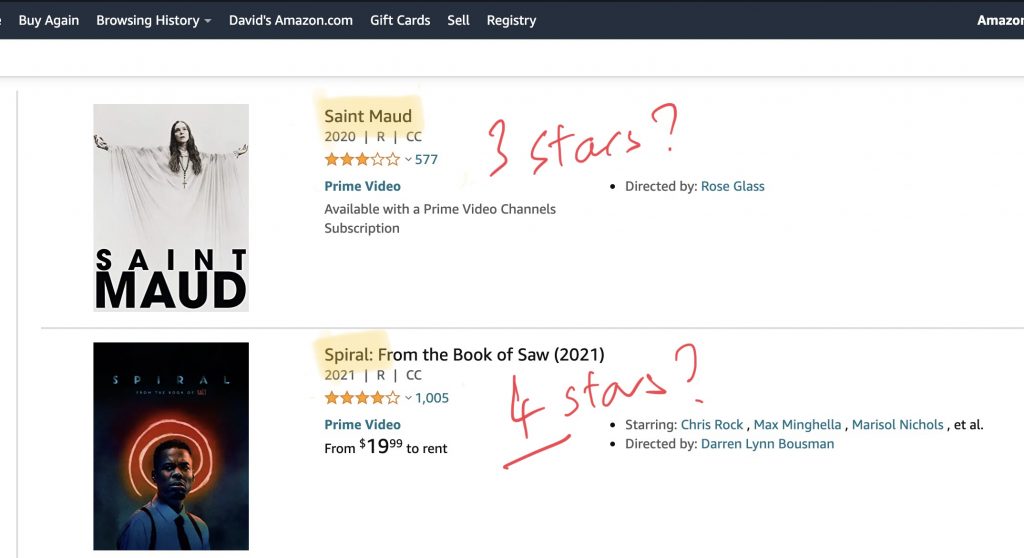 SAINT MAUD is available to download and on bluray from all the usual outlets. It’s currently streaming on Amazon Prime.