Hard to believe today is the 10 year anniversary of the mass market release of AUTUMN. It had been around for another 10 years prior to that, of course, first as a very basic free download, then as an independent release through Infected Books. I just happened to be on holiday in New York with the family at the time, and I’ll never forget the buzz of walking into Barnes & Noble on 5th Avenue and finding copies on display in the wild (see picture below). It was the beginning of an unforgettable period in my career. 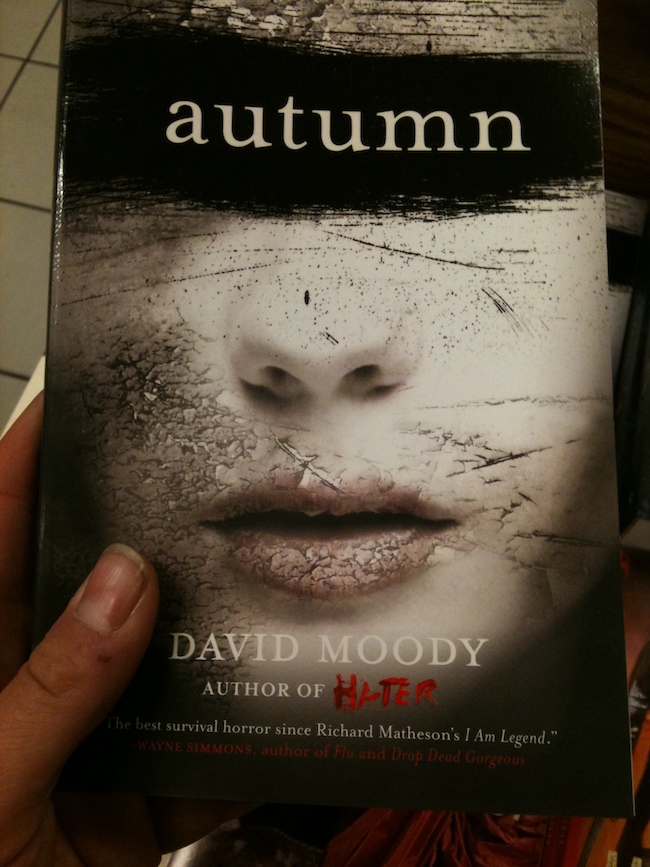 Fast forward a decade, and here I am writing AUTUMN novels again! I thought the series was done and dusted in 2013 with the release of AUTUMN: THE HUMAN CONDITION, but over the last couple of years I found myself thinking more and more about the world of AUTUMN, and I came across a new story I really wanted to tell.

Go back to 2001 when I started sharing AUTUMN online for the first time, and it was a very different world. The Internet was just starting to get its claws into everyday life (and that was part of the reason I started giving the book away for free at the time), but we were nowhere near as reliant on the web and our phones as we are today, and the idea of social media hadn’t yet raised its ugly head. The surviving characters in the first AUTUMN books were isolated from the rest of the world at the exact moment everyone else dropped dead, immediately unable to contact anyone else. No one to ask for help. No one to answer their thousands of questions. Nothing but absolute, unending, suffocating radio silence.

So, how would things be different today? Maybe the last few hours and days before the power dies and the networks fail will be enough time for those desperate survivors to communicate and coordinate? Maybe they’d be able to piece together what was happening from the global population’s dying digital remains?

And there’s another huge difference between the people who survived the AUTUMN epidemic back in 2001 and those who’d make it if the events of the book had taken place in 2020. Zombies! Back in the day, there was an unwritten rule that the people in zombie stories didn’t know what zombies were, but after a couple of decades filled with THE WALKING DEAD and its variations, 28 DAYS LATER, and countless other zombie books, TV series and movies, it seems unlikely that any survivors would now be that naive. They’re going to have more of an idea of what’s going on and how they’re going to have to deal with it, and they certainly wouldn’t be as green as Michael, Carl and the others were in the first scenes of AUTUMN. Maybe that’ll be their undoing, because the living dead in the AUTUMN books certainly don’t play by the same rules as other zombies. It would be wrong to assume and underestimate what they’re capable of…

But I guess the biggest immediate difference between the original series and the new trilogy, is scale. The groups of survivors in the original series were small in number – usually less than 30, hopelessly outnumbered. Not the case for my new characters, who have to deal with the zombie apocalypse in the middle of London. This means there will likely be hundreds of people left alive, but they’ll be surrounded by literally millions of zombies. In the original books you could go for hours without seeing one of the walking dead. This time around, there are hordes of them around every single corner. I’m having a blast writing these new books. The whole trilogy has been scoped out in detail, with the intention of writing and releasing the novels in quick-fire succession during 2021.