Steven Rumbelow – the director of AUTUMN – has passed away

, has passed away. You can read Variety’s obituary here. 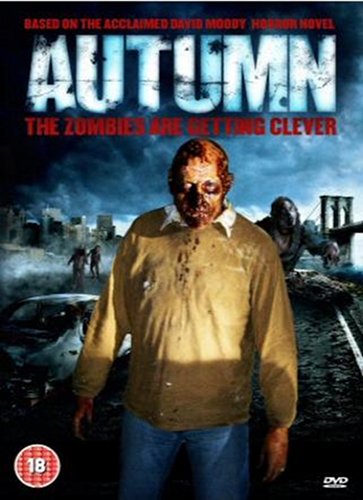 If you’ve heard me talk about the AUTUMN

movie, you might be surprised to hear this, but I think I’ve a lot to thank Steven for. I’ve been pretty vocal in the past about my feelings for the film – it was a valiant attempt to adapt the film for the screen, but it fell well short of its potential. The main cast was great (in particular Dexter Fletcher, Dickon Tolson and David Carradine) and some scenes really caught the look and feel of the novel beautifully. Technical shortcomings hampered production, and ultimately the level of the budget didn’t allow the film-makers to fully realise their ambition.

Some people loved the film, though. The UK’s well respected Empire Magazine called AUTUMN “surprisingly downbeat and intelligent“. 365Horror.co.uk said “It’s slow and thoughtful and mesmerising to watch, allowing the viewer to think and reflect. Rumbelow has created something worthy of the Romero tip of the hat here.” Reviewer Nicholas Bergquist wrote “If you’re a bit tired of the same-old same-old zombie films, you need to see Autumn. If you’re just keen for a good horror movie that eschews standard formulae and obligatory kill counts, you need to see Autumn. If you want to watch a really damned fine end of the world tale that tries for a more measured pace… Autumn’s your movie.”

But it’s fair to say, the criticism massively outweighed the praise. Also, the project never really stood a chance after David Carradine’s death and the subsequent leaking of an unfinished cut of the movie online which was seen (and slated) by hundreds of thousands of people.

I said I’ve a lot to thank Steven for, and I meant that. Watching the production of AUTUMN

progress, both from a distance and when I was on set, and seeing how the film fared after release taught me a huge amount about the highs and lows of the movie business. I got to go to Canada and play zombie. I ended up on the DVD cover (yes, that’s me). I got to meet a number of very cool people along the way and was able to attend a number of film festivals and other events. Most importantly, in one way or another the movie had a huge effect on my demographic and made substantial numbers of people aware of my books who might not have heard of me otherwise. Someone once said to me it’s better to have a bad movie made of your book than no movie at all, and I’m inclined to agree. I think AUTUMN

is a seriously flawed movie more than an out and out bad film, but I’m pleased it happened. I’ll never forget the thrill of sitting in the first UK cinema showing and seeing the words ‘based on the novel by David Moody’ appear on screen.

My sincere condolences go out to Rachel, Dickon, and the rest of the Rumbelow and Renegade Motion Pictures families.