By now I’m sure you’ve heard that horror legend James Herbert passed away yesterday. There are countless tributes all over the web, and you can read a few words I put together for This is Horror here.

Meeting James last year was an amazing experience, and it was only when I found out I was going to be interviewing him and I started my preparation that it became obvious just how much of an inspiration he’d been to me as a writer. I don’t profess to have read all of his books, it was more what he did and how he did it that had a real impact on my career. 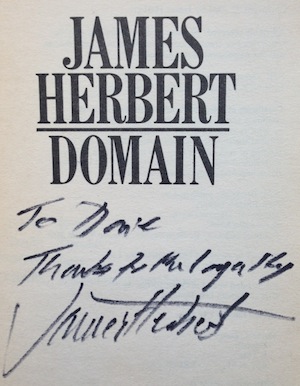 There was a period in the early 1980’s when it seemed every home in the UK had been issued a regulation set of James Herbert novels. Everybody had them, even those who reckoned they didn’t read horror. I’d been working my way through them when I got hold of a copy of DOMAIN and, as I’ve said previously, that was the book which redefined what a horror novel could be for me. It made me want to write horror. I’ve taken my yellowed with age paperback (signed by James last year) down off the shelf to read again this morning, and I’ll write more about it in the near future.

But I just want to go back to some statistics for a moment. James Herbert sold more than fifty six million books (I know everyone quotes the figure fifty four million, but he told me otherwise…) which were translated into more than thirty languages. Despite his international success, though, the bulk of those sales were here in the UK. I think that’s the most astonishing thing… to have generated such spectacular sales in a relatively small market, writing for what’s often thought of as a niche audience. Amazing.

He sent me a letter earlier this year, thanking me for interviewing him last September. In the letter he said he hoped we’d get to catch up again soon on the horror circuit. I’m devastated that’s not going to happen now, because I learned a huge amount in the few hours I spent in his company and I would have loved the opportunity to talk with him some more. 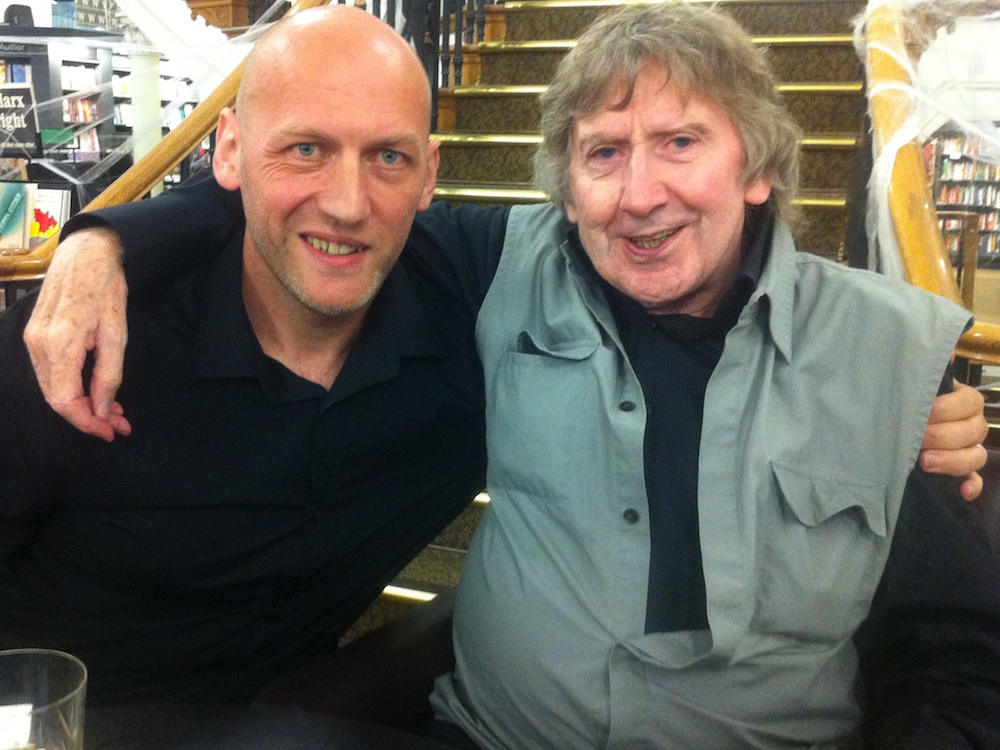 Goodbye, James, and thanks for the cracking advice and the wonderful stories. My deepest sympathies go out to his wife and family.

Tagged  James Herbert.
Bookmark the permalink.
HTML Snippets Powered By : XYZScripts.com
I use cookies to ensure that I give you the best experience on this website. If you continue to use this site, I will assume that you are happy with this. Thank you. OkRead more