I recorded an episode of a podcast this week with my pal MARK GODDARD of Snakebite Horror and Bloody Good Reads. This time we were talking about movies, and CHILDREN OF MEN came up. I’ve written about CHILDREN OF MEN on this site before. I think it’s a spectacular film for a number of reasons, not least because of the way it’s filmed. Fluid camera work, subtle editing, and seamlessly integrated visual effects combine to bring an involving, almost documentary-like feel to scenes. I had that same feeling recently when I discovered another movie, ’71.

A young British soldier is accidentally abandoned by his unit following a terrifying riot on the streets of Belfast in 1971. Unable to tell friend from foe, the raw recruit must survive the night alone and find his way to safety through a disorienting, alien and deadly landscape.

Almost all of the films and books I recommend here can be broadly labelled science-fiction, fantasy, or (most usually) horror, but I try not to be restricted by genre labels, because I don’t actually think they count for much. What’s a horror story, for example? Is the story of a kid gone off the rails who’s responsible for something awful (WE NEED TO TALK ABOUT KEVIN), any less horrible than THE EXORCIST? I just picked those two at random, but I hope you can see what I’m saying. Sure, one’s more implausible and much, much, much bloodier than the other, but they’re both horrific to watch.

Ultimately, what really matters is the characters and what they’re going through. I mentioned how similar ’71 felt in tone to CHILDREN OF MEN, and that’s one of the reasons why. In CHILDREN OF MEN, Theo Faron is ripped out of his world and thrust, ill-prepared, into the middle of a conflict. In ’71, young soldier Gary Hook finds himself stranded alone behind enemy lines in Belfast in the midst of the troubles. Replace the dystopian themes of the former film with the historic conflict of the latter, and in some ways you’re left with a similar dynamic. 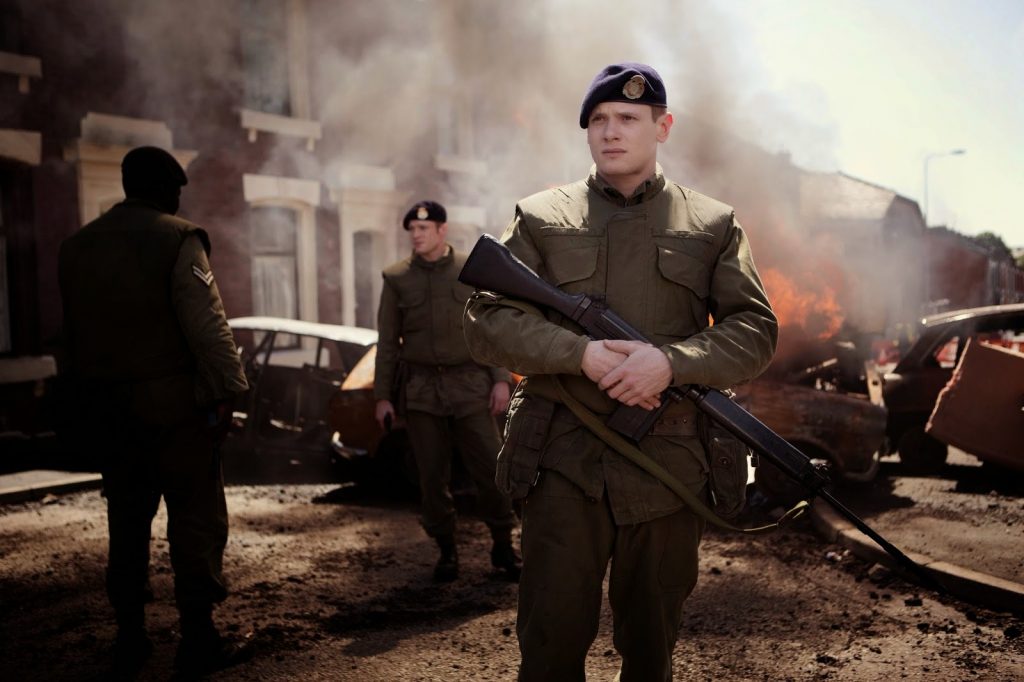 And the comparison goes further, because ’71 has a similar visual style. From the moment Hook is deployed onto the streets of Belfast, right through to the climactic, rain-drenched confrontation, the film moves along effortlessly. It’s fluid in the same way as CHILDREN OF MEN, the camera giving you an unblinking view of everything that’s happening and not allowing you to look away. ’71 sucks you in and doesn’t let go for the duration of its reasonably short running time.

Directed by YANN DEMANGE (who previously helmed episodes of DEAD SET), and starring JACK O’CONNELL, I definitely recommend hunting out ’71 and giving it a watch. I found it thoroughly absorbing, and genuinely shocking at times. The film can currently be streamed on Amazon Prime.