It’s a real shame that great swathes of the moviegoing public appear incapable of distinguishing between different films with wildly different stories but which have a similar central conceit. A couple of months since THE SILENCE appeared on Netflix, and pretty much every review or comment I’ve read since then seems to have focused on the fact that A QUIET PLACE also featured a family with a deaf child trying to survive in a world ruled by creatures that react to sound. It’s made even more frustrating by the fact that Tim’s book was released in 2015, long before A QUIET PLACE appeared. 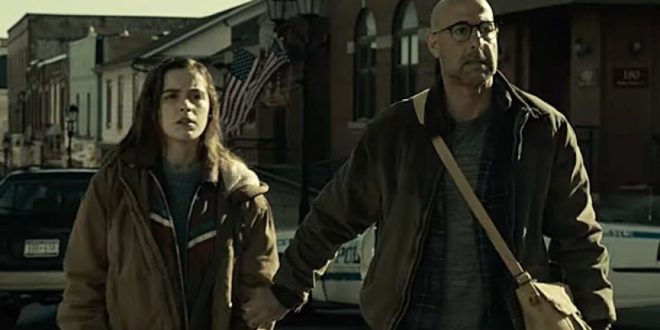 THE SILENCE takes place in the immediate aftermath of the apocalypse. In the novel, a massive swarm of predatory creatures – vesps – are released from the cave system where they’ve lived blind for thousands of years. Perhaps my favourite part of the book are the early scenes where the massively multiplying swarms of vesps steadily work their way around the globe, wiping out country after country. There’s something undeniably unsettling about a slow-moving approaching apocalypse: the inevitability ramps up the tension and adds different pressures to the plight of the central characters (Nevil Shute’s ON THE BEACH is a classic example of this). Unfortunately, the movie adaptation of THE SILENCE does away with much of this preamble, and it suffers as a result. We’re less invested in the family and their relationships than we are in the book.

Still, both the book and the film rattle on at an energetic pace as the family flee from everyone else (because you’re never going to survive a sound-related apocalypse if you’re stuck alongside millions of other escaping refugees and, as in the movie, if the military are trying to destroy swarms of hundreds of thousands of monsters which react to noise with bombs and jets!). All joking apart, I’m a sucker for apocalyptic stories which deal with the widescale loss of one of the senses. It emphasises just how much we rely on all our faculties to help us communicate and, therefore, to stay alive. Just try doing anything at all without making a noise… it’s virtually impossible, and the simplest of tasks become complex ordeals. 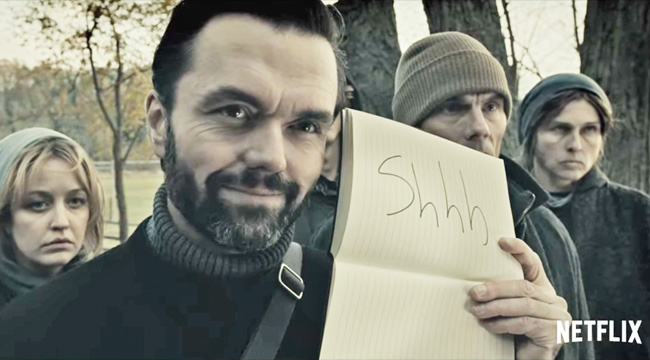 The film matches many of the beats of Tim’s novel, and though the story has been transplanted from the UK to the USA, little is lost in translation. The cast, in particular Stanley Tucci, Kiernan Shipka and Miranda Otto, do a good job. Deafness is an easier affliction to convey in prose than on film, because as writers we spend a huge amount of time inside the heads of our characters and it’s easier to tell a reader what our character is thinking than it is a viewer. The power of THE SILENCE movie is reduced dramatically because the closeness of the viewer’s bond with deaf Ally is nowhere near as tight or as strong as in the novel. We care less than we should – less than we do in Tim’s book.

When all’s said and done, both the book and the movie are well worth your time. It’s a shame, though, that whilst THE SILENCE is a great apocalyptic novel, this adaptation is just a decent apocalyptic movie. It’s also a disappointment that it premiered after the huge success of A QUIET PLACE and was, in my opinion, unfairly criticised as a result.

THE SILENCE is available now to stream on NETFLIX and it’s definitely worth a watch. But I’d recommend picking up the book first.