The Day of the Triffids (part 2) 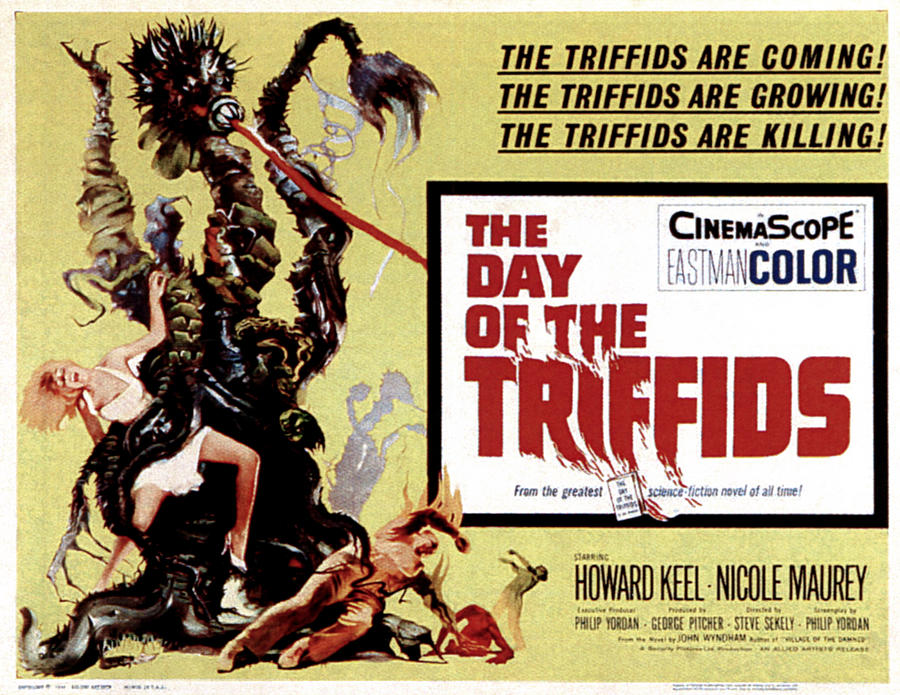 There are a couple of reasons why the age of this film makes it so unsatisfying to watch today. The first is that so much of what makes Wyndham’s novel special is jettisoned here, and the film becomes a by-the-numbers creature-feature, designed purely as an audience pleaser. British Triffid farmer Bill Masen becomes American seaman and all-round hunk Bill Masen (played by Howard Keel), and the action shifts from the UK to mainland Europe during the course of the story. When I wrote about the book here, I talked about the scenes towards the end where Masen and his group in their isolated farmhouse are surrounded by hordes of Triffids in scenes pre-dating NIGHT OF THE LIVING DEAD, and you’ve very little of that in this adaptation. This is much more formulaic. Far less affecting.

The second reason the film’s age is an issue is the special effects. They’re as awful as you’d expect. As I said last time, when you look at some of the covers of the various editions of the novel published over the years, you start to appreciate how difficult it actually is to make a seven-foot tall, walking carnivorous plant appear anything other than completely ridiculous. The Triffids here are intermittently effective, but mostly look like cheap B-movie monsters being wheeled around on trolleys. If this was a run-of-the-mill B-movie where the creatures were only required to jump out and attack on cue, this wouldn’t be a problem. As Triffids are fundamental to the plot (the clue’s in the title!), these technical shortcomings massively hamper the film. I guess the audiences of the 1960’s would have had less of a problem. The Triffids have their moments here, but they’re few and far between. 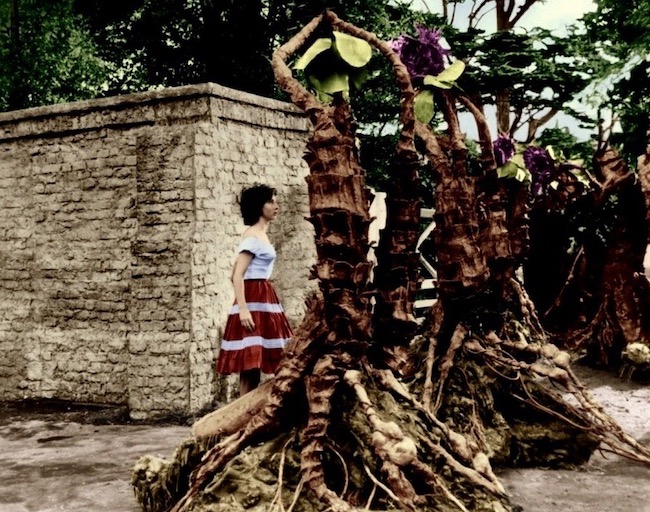 I mentioned Freddie Francis earlier. His involvement in this adaptation resulted in another frustrating facet of the film. From what I can gather, when Sekely turned in his cut of the movie, the powers that be decided it was too short. Francis was brought in to add extra scenes and bulk the feature out. The way he achieved this was by introducing a sub-plot which isn’t in the novel, and which barely feels like it’s in the movie. Jeanette Scott and Keiron Moore play Karen and Tom Goodwin, a resolutely British couple who happen to live in a remote lighthouse and find themselves under attack from Triffids (that’s not as daft as it initially seems – the initial spread of the Triffids in Wyndham’s novel is attributed to their seeds being carried on the wind). What is daft, however, is the way the couple stumble across a way to kill Triffids in the final act (clue – they’re surrounded by saltwater). This, thanks to the cringeworthy narration which top and tails the film, means there’s hope for mankind after all. And this, of course, is at odds with the ending of the novel. But in terms of this particular adaptation, the sub-plot makes no sense at all. It’s completely separate from the rest of the film, and there’s no cross-over whatsoever. The additional scenes are entertaining enough, but it’s like watching two different films which have been spliced together by someone with no appreciation of logic or pacing.

I’m sure I’m sounding harsher than I should be here. This version of DAY OF THE TRIFFIDS works as a hokey monster movie, but in terms of an adaptation of Wyndham’s classic novel, it misses the mark by a long way. The initial scenes are faithful to the book and work particularly well, but unfortunately it’s downhill from there. See for yourself – it’s currently streaming on Amazon Prime.

Next up, the 6 part BBC TV adaptation which gave 11 year old me nightmares for weeks.