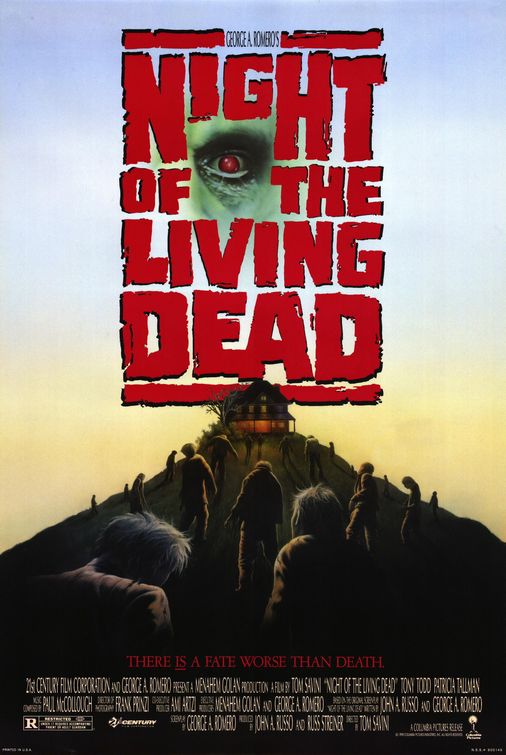 I have to admit, I was really disappointed with my recent re-watch of the NIGHT OF THE LIVING DEAD remake. It’s taken me a few weeks to work out exactly why, and I think there are a number of reasons.

There’s still quite a bit to like here. Some good gore and make-up effects, strong performances by most of the cast (particularly Patricia Tallman), decent photography… Unfortunately, for me the bad outweighs the good by a long margin. With the benefit of hindsight, this movie feels to me like the beginning of Romero’s decline. LAND OF THE DEAD

apart (another film on my list to re-watch and write about), his more recent zombie movies pale into insignificance against the original NIGHT, DAWN

. I don’t know if you’ve seen them? DIARY OF THE DEAD

was pretty awful, and SURVIVAL OF THE DEAD

was one of the worst films I’ve ever seen.

Like I said, the remake of NIGHT seems to set this descent into motion. For me, it’s where Romero stopped innovating and started mimicking – where his movies stopped setting the rules and raising the bar, and instead just followed the crowd like a lone zombie at the back of a pack of other featureless undead buggers.

This suggestion is borne out by the fact that, for the most part, this film spends its running time mimicking the original: beat for beat, moment for moment. But then, as if to check we’re still paying attention, it’ll make a subtle and often unnecessary change. Slight spoilers ahead. What looks like the first ghoul in the replay of the cemetery scene, isn’t. Barbara has a character arc which is almost diametrically opposite of the whiney, mouse-like woman from the original. And most regrettably, Ben is denied the perfect ending the character faced in the 1968 movie. That said, Tony Todd, the 1990 Ben, is such a strong screen presence that he’s watchable pretty much whatever he’s doing. 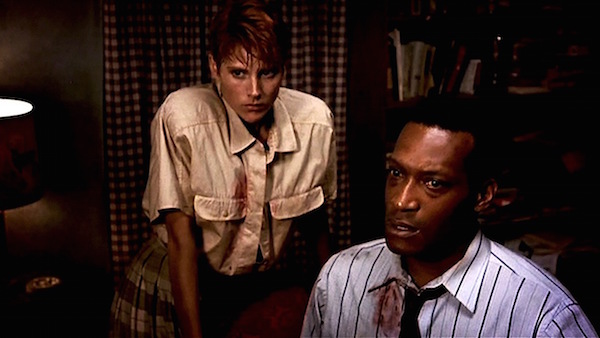 But do you see where I’m going here? These are just changes made for changes sake. It’s like Romero needed reasons for people to watch this remake and so set traps. In retrospect it feels cheap. It leaves a bad taste.

The timeless quality of the 1968 original is lost here, and is replaced by a full-on 1990’s vibe, a point driven home by the godawful electronic soundtrack which destroys any atmosphere the moment it starts playing.

I feel like I’m being unfair here, because this movie isn’t a total write-off. It has a lot going for it, but falls at the first hurdle because it’s a remake of a film which didn’t need to be remade. Please do check it out though if you haven’t already. It’s available on DVD and VOD from all the usual outlets including Amazon and iTunes.

But if you’ve got an hour and a half and are in the mood for a truly ground-breaking zombie movie, watch this instead: