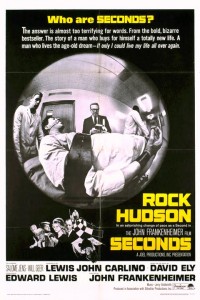 Based on a novel by David Ely

, SECONDS feels ahead of its time, and maybe that’s one of the reasons why it didn’t find much of an audience on first release. It has the air and mystery of a TWILIGHT ZONE

episode, but its feature length allows its themes and characters to be explored with greater depth. Frankenheimer’s direction is masterful, with a freely moving camera which adds to the sense of disorientation the audience feels. It’s little surprise that the movie’s cinematographer, James Wong Howe, was nominated for an Academy Award for his work here.

The real revelation here, though, is Rock Hudson. Fighting against type, he delivers a superb performance as the man with a new face who’s forced to consider his past, present and future from a unique perspective. 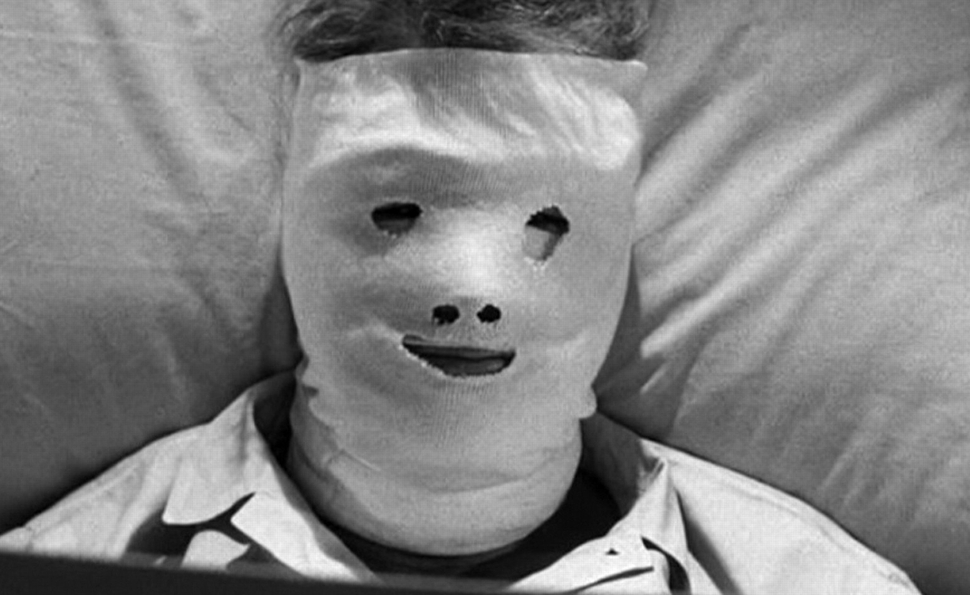 This post is short and sweet, but I really don’t want to say too much more about SECONDS for fear of spoiling it for those who haven’t seen it. The movie was hard to find for many years, but was re-released on bluray and DVD by the Criterion Collection in 2013. It’s fair to say that, after a superb opening segment, the film sags a little during the middle act, but it soon picks up speed again towards the end. The final startling scenes, once watched, will stay in your memory for a long time after viewing.