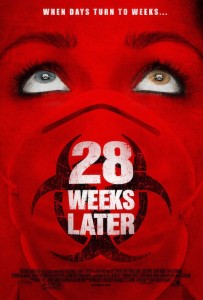 Back in January I wrote a piece about 28 DAYS LATER. The film went down reasonably well with my kids and we soon settled down together to watch the sequel, 2007’s 28 WEEKS LATER.

Interestingly, if you look back at my earlier piece, you’ll see that I enjoyed 28DL more than I had previously. I felt like it had improved with age. 28WL had the opposite effect, however, and I didn’t warm to it as I had the earlier film. As always, a synopsis and trailer follows, and my thoughts are after the jump.

Six months after the rage virus was inflicted on the population of Great Britain, the US Army helps to secure a small area of London for the survivors to repopulate and start again. But not everything goes to plan.

At the time I made no secret of the fact I didn’t hold out a lot of hope for 28WL. It felt like an inevitable but unwanted sequel, and it would have been so easy for the film-makers to cash in on the unexpected popularity of the first film and tread the same well-worn path again. To their credit, that wasn’t what we got. Though I didn’t find the sequel completely satisfactory (and I’ll explain why in a minute), 28WL is a compelling, intelligent and welcomingly original follow-up.

I think that has a lot to do with the set up. Rather than continue the action from the first film or tell another alternative outbreak story, director Juan Carlos Fresnadillo (who also wrote the screenplay along with Rowan Joffe) takes the brave decision to fast-forward in time (though some might argue that decision was to an extent forced given the probable title of any 28DL sequel). This has some real positive effects. It gives a glimpse into the post-post-apocalypse (something that’s always fascinated me) and allows the action to take place in an unpredictable, alien-feeling environment. The use of London and the Isle of Dogs as a backdrop is inspired. As well as providing a familiar anchor to the reality of present-day UK, it also demonstrates effectively how the rage virus has brought capitalism to its knees. There are no ‘haves’ and ‘have nots’ any longer – there are just refugees. 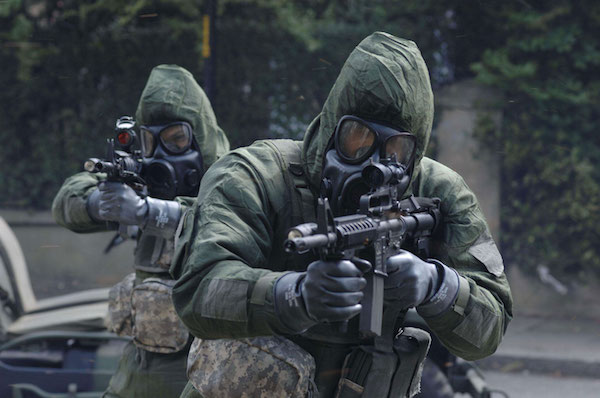 28WL is a great looking film. Though not shot with the same unsteady urgency or low-fi video feel of the first movie, the colour palette and grittiness leaves you in no doubt that you’re still knee deep in the horror of the same post-virus UK. As before, the speed and bloodiness of the rage virus is exciting and terrifying in equal measure, and once the deadly germ is back out in the open (not really a spoiler – you just knew that was going to happen, didn’t you?), the sequel moves along at a cracking pace.

The cast are excellent, particularly Robert Carlyle as Don, Imogen Poots as his daughter Tammy, Catherine McCormack as Alice and Rose Byrne as the American military doctor tasked with getting Don’s kids out of the infected zone before the area is ‘cleansed’ once and for all.

The film has a wonderful opening which, in a few frantic minutes, introduces Don and Alice and tells us everything we need to know about their respective characters. It’s all over YouTube if you haven’t seen it. I’m grateful for these scenes for another reason, which you may have heard me mention before. Go back in time a decade-or-so to when 28DL was first released, and you’d have been hard pressed to find much in the way of zombie fiction and movies being released. As I said in my last piece, largely because of the similar settings, 28DL was often mentioned in the same breath as the first three AUTUMN novels. When a character at the beginning of 28WL talked about wine as having ‘notes of autumn’, folks took that as being a deliberate nod to my books. It wasn’t, of course, but it was nice to dream and it resulted in a little bonus publicity for my series which was gratefully accepted. 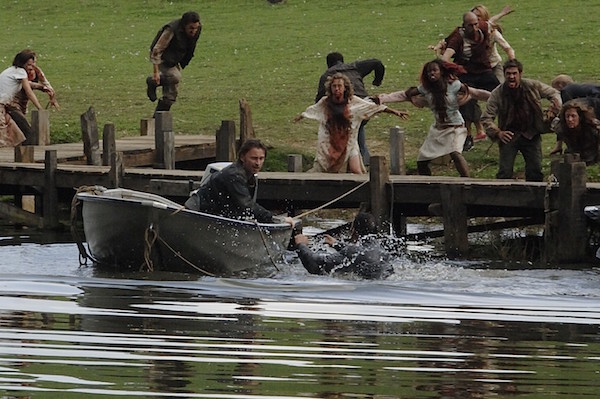 I’ve praised the look of 28WL, the set-up and the performances, so what’s not to like? There’s plenty of gore and action, and some cracking set-pieces… My frustration is that the story seems to hinge on a few tenuous coincidences which disrupt the otherwise reasonably plausible plot of the film. Don pops up in just the wrong place at just the right time a little too often for my liking, and these forced moments feel at odds with the logic of the rest of the movie. That said, I heartily recommend you watch 28WL if you haven’t already. If you enjoyed the first film, I’m sure you’ll like the second. It’s a sequel that continues the overall story without needing to go over old ground, and it’s good enough to make 28 MONTHS LATER (which was mooted back in January) something I’d be very, very interested in seeing. I’d love to write it, actually. I have some very cool ideas…

If you haven’t seen the film, it’s available on DVD and VOD from all the usual outlets. In the meantime, help yourself to this short which was produced for the UK DVD release. It was filmed on the set of 28WL and is well worth five minutes of your time.