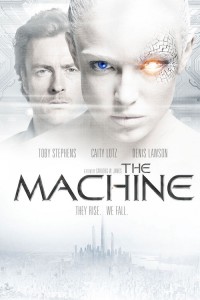 In between writing, meetings and loads of other stuff, I’ve been catching up on a few movies I managed to miss over the last couple of years. THE MACHINE is a film I’d had my eye on since I saw it on the schedule of Grimmfest back in 2013. I finally got to see it last week, and I have to say, I was impressed. Stylish and smart, the film has an effortless Quatermass meets Blade Runner vibe which I couldn’t resist. Here’s a synopsis and the trailer. My thoughts follow:

Two computer programmers fall in love as they create the first ever piece of self-aware artificial intelligence, which is designed to help humanity. But things go wrong when the MoD steal their breakthrough and teach it to become a robotic weapon.

Writer and director Caradog W. James’ film is reassuringly bleak. Set in the near future with the UK in the midst of a Cold War with China, scientist Vincent (Toby Stephens) spends his days in an underground complex developing artificial intelligence programs for the Ministry of Defence, using soldiers who are near death as subjects for his experimentations. Unbeknownst to his boss (Dennis Lawson), his real focus is on finding a cure for his dying daughter. He meets scientist Ava (Caity Lotz) who begins working with him, only to meet an unfortunate demise when she’s caught snooping around the base. Vincent then creates an indestructible AI in Ava’s image. 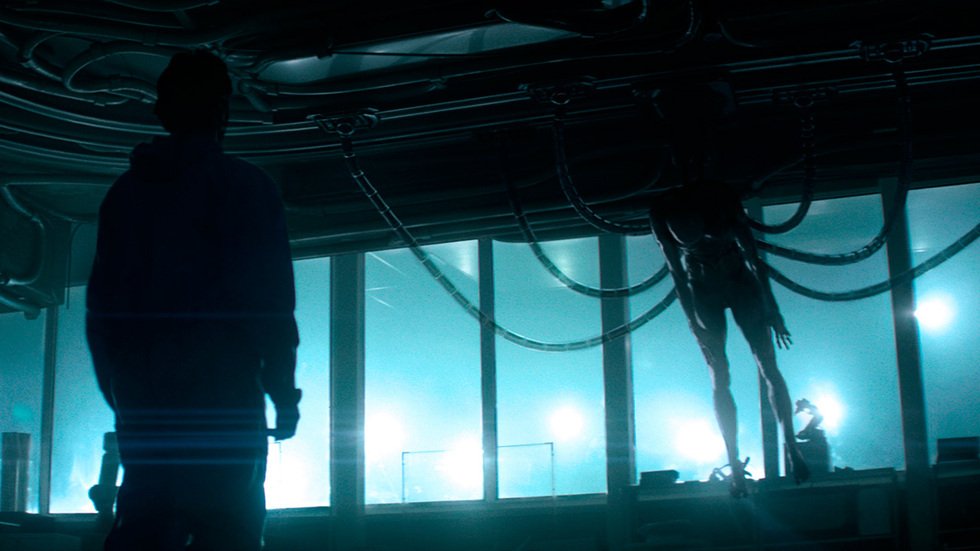 This is a good-looking and well acted film. As I’ve already mentioned, it has an evocative atmosphere which brought to mind some of my favourite dystopian science-fiction. It addresses some interesting themes, not least the application of technology and artificial intelligence: can it ever be a force for good, or will increasingly powerful computers and machines bring about our inevitable demise?

The film moves briskly along and has a suitably creepy aesthetic: 1970’s set design meets 21st century technology, all set to a brilliant synthesiser soundtrack. From the injured (and repaired) soldiers communicating in their own mumbled and unintelligible language, to the birth of the Ava-AI, to the development of Vincent’s daughter’s story and the haunting ending of the movie, this is good, intelligent stuff filled with memorable visuals. I’m glad I finally got to see THE MACHINE, and I’m pleased to add it to my long list of movie recommendations.

The film is available now on DVD and Bluray and to stream on Netflix (in the UK, anyway – not sure about anywhere else). I hope you enjoy it!