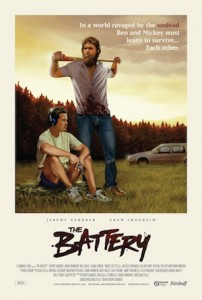 Regular visitors here will recall how, a couple of weeks back, I was banging on about concept versus story and my argument boiled down to this: it’s all well and good having a great idea, but without a story which matters to people, your book or film will most likely go unread/unwatched/unloved.

Today’s Post-Apocalyptic Movie Club selection is a fantastic example of how that holds true – a movie with a deceptively slight concept which is carried by an excellent story and performances.

THE BATTERY is a lo-fi zombie movie. In fact, it’s one of the lowest lo-fi movies I think I’ve ever seen. It has a very small cast, a distinct lack of action, and yet I was captivated through the entire one hundred and one minutes. Here’s the synopsis and trailer. Click the link below for my thoughts.

Two former baseball players, Ben (Jeremy Gardner) and Mickey (Adam Cronheim), cut an aimless path across a desolate New England.  They stick to the back roads and forests to steer clear of the shambling corpses that patrol the once bustling cities and towns.  In order to survive, they must overcome the stark differences in each other’s personalities—Ben embraces an increasingly feral, lawless, and nomadic lifestyle—while Mickey is unable to accept the harsh realities of the new world.  Mickey refuses to engage in Ben’s violent games and longs for the creature comforts he once took for granted.  A bed, a girl, and a safe place to live.

When the men intercept a radio transmission from a seemingly thriving, protected community, Mickey will stop at nothing to find it, even though it is made perfectly clear that he is not welcome.

THE BATTERY opens abruptly with Mickey (Adam Cronheim) sitting on the steps of a house, changing the batteries of one of those portable CD players we all thought were so cool in the early nineties. A while later, Ben (Jeremy Gardner, who also wrote and directed the film) emerges from the house at a frantic speed, shooting wildly at something inside.

In the space of a two minute single take scene, pretty much everything you need to know about the movie has been established with astonishing effectiveness.

The film is deliberately vague about what’s happened to the world, and that works in its favour. It’s clear that society has fallen to the living dead, but rather than go for all the usual tropes, Gardner steers THE BATTERY in the opposite direction, revealing less, not more. We see a few empty houses and Mickey and Ben come across a handful of cadavers, but it’s what we don’t see that builds the atmosphere and conveys the emptiness… the space, the endless walking, the directionless journey, the lack of distractions, the relative blandness of the few zombies we come across…

Mickey and Ben are excellent characters. They’re both survivors, and they both played baseball, and to an extent that’s where their similarities end. They’re together because they have to be together, and much of the film’s drama, comedy and emotion comes from their interactions with each other. Friction arises when they’re pulled in opposite directions following contact with a group of survivors, and the ramifications of the choices they make are heartbreaking. 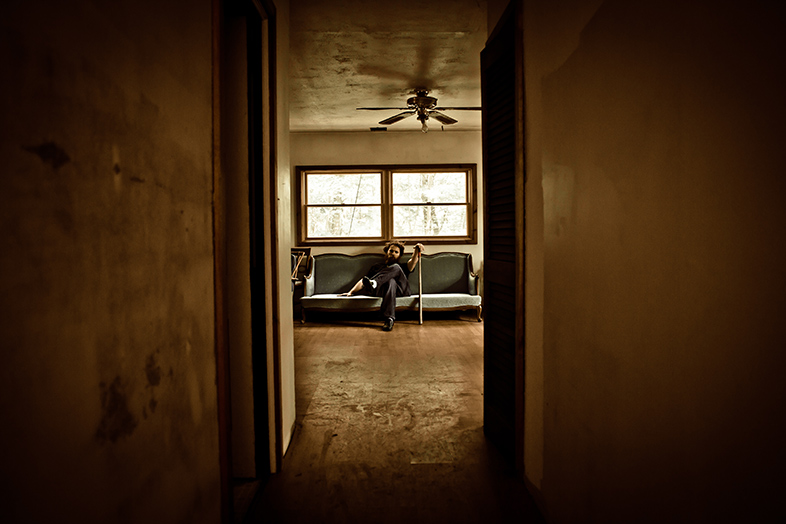 It would be wrong of me to say anything more about the film, I’d just recommend you check it out at your earliest opportunity. Made (incredibly) on a budget of just $6000, it’s a brilliant little movie.

US readers can get hold of the film on DVD and VOD now (click here), and I’ll look for release dates for other countries and update here as I find them. In the meantime, the movie’s official site is watch.thebatterymovie.com, and you can also find THE BATTERY on Facebook and Twitter.

Update: director Jeremy Gardner advises me the movie will see a UK release through MetroDome late summer/early Autumn this year.