The weather’s been unprecedented here in the UK recently, with temperatures in the high to mid-twenties every day now for a number of weeks. Apparently we have a couple more weeks of it to look forward to. I’m not complaining – apart from the fact it’s bloody lovely to have a decent summer for the first time in years, it’s also fun to see the effect that a heatwave has on book sales. Whenever the sun appears, STRAIGHT TO YOU has a sales spike.

For those who’ve not read the book, it’s a simple story of a man trying to get to his wife before the sun dies and burns the planet to a crisp. The novel has quite a history to it: it was my first novel but I grew to hate it so rewrote it 20 years later, and it almost kind of nearly reached the big screen. It’s also one of the novels I’m proudest of having written (the 2014 version, anyway).

The novel is currently free to read on WATTPAD, and they recently made it a featured story. If you’ve not yet read it, head on over and give it a go. For maximum impact though, grab a paperback version, lie on your back in the middle of one of the UK’s many parched public parks, and read it before the weather breaks! 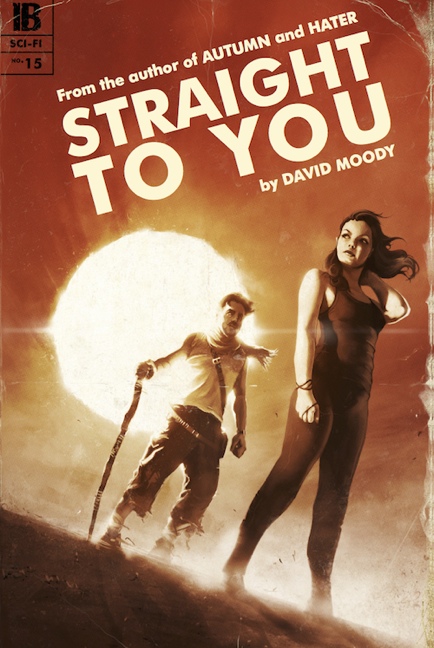 We’ve had a mini-heatwave here in the UK today (and by mini, I mean just that – one scorching day, then we’re back to normal tomorrow). Still, even a short blast of heat should be enough to get you in the mood for reading this week’s free STRAIGHT TO YOU chapters over at WATTPAD. Distance-wise, Steven’s about halfway through his journey now. He needs to get a move on if he wants to reach his wife on the other side of the country before all life on Earth is wiped out. It shouldn’t take him long in his car, now he’s got it back. Let’s hope nothing bad happens, eh?

We’re in the middle of a heatwave here – an ideal time for you to be reading STRAIGHT TO YOU. The first of this week’s free chapters has been added to the book at WATTPAD. Things are going from bad to worse for our sun-scorched hero Steven (and I’m not giving away any secrets when I tell you things are going to get a lot worse for him yet…) And yes, this map shows the weather in and around Birmingham as I write. 31 degrees at 8:00pm – that’s not normal. Is this the beginning of the end? (probably not, but I’ll happily start the rumour if it’ll help me shift a few more books!)

UPDATE – 21 July – the second of this week’s chapters has now been added. Read it here.