I don’t tend to mark that many book anniversaries, but I noticed that the US release of AUTUMN: PURIFICATION is ten years old today. It’s frightening how fast the time passes. Even more frightening to think that the original Infected Books edition of the novel was released seven years earlier still. It feels like just five minutes ago.

I have a lot to thank PURIFICATION for. I learnt so much about writing while I was working on that book. The initial success of AUTUMN and then AUTUMN: THE CITY caught me off guard, and PURIFICATION was the first novel I wrote with the pressure of knowing that people were waiting for its release. It was the book where I realised just how much fun I could have with the living dead (I know how wrong that sounds), the book where I earned my chops and started to think big in terms of where I wanted the AUTUMN series to go.

On a personal level, much of the writing was done in my final year working in banking. I found myself managing a team of around 100 staff who’d all been given (myself included) around a year’s notice of redundancy – our jobs went overseas, and we didn’t. As the work volumes dwindled and the personnel issues mounted up, I used PURIFICATION as therapy. Their names were changed, of course, but quite a few members of my team ended up as featured zombies. When I got home from the office at night, I found there was something very cathartic about plotting imaginary fates for the folks who’d made my days such a challenge! 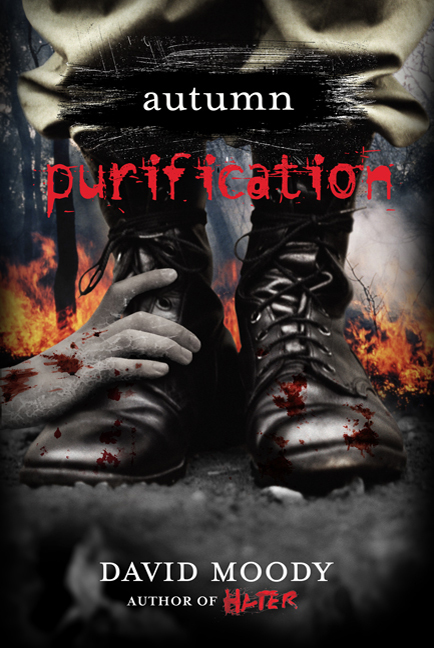 And here I am in 2021, writing even more AUTUMN books. AUTUMN: DAWN has gone down an absolute storm, and I’m making good progress on AUTUMN: INFERNO. But the fact is, if I hadn’t had such a positive experience with PURIFICATION, I doubt the series would have made it past book three.

There’s a vast amount of information about the entire AUTUMN series over at www.lastoftheliving.net. AUTUMN: INFERNO updates incoming shortly.