It’s about time I started posting a few more film and book recommendations here, and what better place to start than with a well-made, lo-fi, slow-burn apocalyptic movie. IT COMES AT NIGHT is a really good movie, which appeared to have been sold really badly (perhaps intentionally) by the marketing team behind it. I thought it was a great film, but it wasn’t the film I thought I was going to see. Here’s a synopsis and a trailer. Click the link below for my brief thoughts.

Secure within a desolate home as an unnatural threat terrorises the world, the tenuous order a man (Joel Edgerton) has established with his wife and son is put to the ultimate test with the arrival of a desperate family seeking refuge. Despite the best intentions of both families, paranoia and mistrust boil over as the horrors outside creep ever-closer, awakening something hidden and monstrous within the man as he learns that the protection of his family comes at the cost of his soul.

After you’ve watched the trailer for this film, you’d be forgiven for thinking it’s just another ‘end-of-the-world-deadly-pandemic’ movie. It’s not. If you want scenes of bloodthirsty vampires or zombies surrounding the last few survivors, look elsewhere. If you want sex and violence and survivalism, this one’s probably not for you. If you want a tense, claustrophobic portrayal of ordinary people forced together in the midst of a far-from ordinary crisis, then you’ve just found the movie you were looking for.

As with many of the best post-apocalyptic movies, what’s happened to the rest of the world isn’t what matters here. We get hints, sure, but the cause of the apocalypse isn’t front and centre, instead the focus is on the impact of events. Joel Edgerton plays Paul, a regular guy who, with his wife and teenage son, are holed-up in a house in the woods, doing their level best to go unnoticed by the rest of (what’s left of) the world. It doesn’t take long, of course, before the rest of the world comes knocking.

So far, so formulaic. But it’s what happens next, and how the family deals with events, that separates IT COMES AT NIGHT from many other similarly set stories. Tautly written and directed by Trey Edward Shults, and with strong performances all round, the film is refreshingly bleak and cliche free. 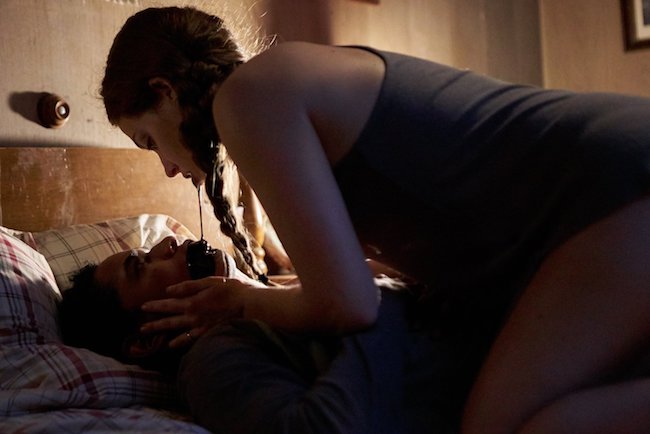 I don’t want to say too much more, because to do so would inevitably spoil an excellent film for you. All I will say (and my family gave me a real hard time for comparing it to one of my stories as we walked back from the cinema last night) is that I got very definite echoes of THE COST OF LIVING

watching IT COMES AT NIGHT.

IT COMES AT NIGHT is on an very limited release in the UK (most cinema screens are filled with sequels and glorified toy adverts right now), but I recommend you catch it before it disappears. And it would be great if you’d pick up a copy of THE COST OF LIVING

too. Apologies for the obligatory plug, but it’s available as an ebook for 99c/ 99p, or in print as part of LAST OF THE LIVING