You might have heard of my friend Sean T. Page. He’s an all-round good egg. He’s also the hugely successful author of the Zombie Survival and Alien Invasion Haynes Manuals (which he recently followed up with the Zombie Survival Transport Manual). Not only that, he also contributed the brilliant, and not a little disturbing, 1975 to last year’s Infected Books YEAR OF THE ZOMBIE project.

Trawl the archives of this site, and you’ll discover that there’s another side to Sean. A few years back he had himself sealed into a decommissioned nuclear bunker for a week (check out my report here), then followed that up with a week alone in the Sinai desert. 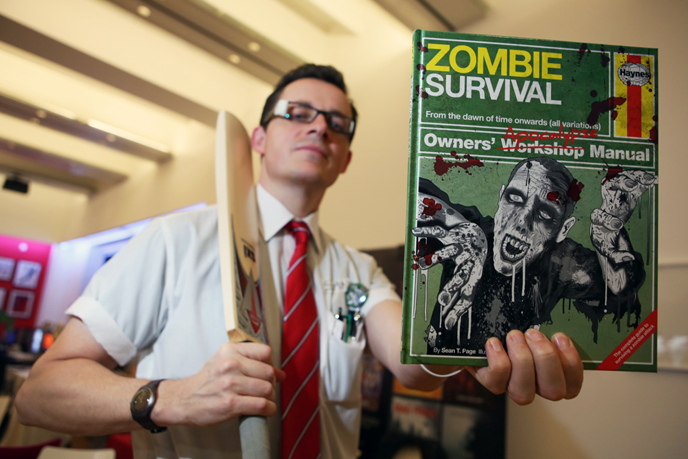 Last week Sean went back down into the bunker for another stint and, as before, he filmed a video blog each day. I’ve a couple of connections with that bunker which I wrote about here and here, and it was also the inspiration for parts of THEM OR US. Knowing what I know about the place, I can’t decide whether Sean’s incredibly brave or just plain crazy. Whatever the answer, I present his most recent video transmissions for your viewing pleasure.