I’ve just heard the terrible news that the Godfather of zombies, George A Romero, has passed away at the age of 77 after a short battle with lung cancer. This is awful, awful news. I’m hard pushed to think of a filmmaker who had such an influence on the horror genre. For me, I can trace my fascination with zombies to a particular dark and storm-filled afternoon when, with my brother and a bunch of friends, we sat down to watch the original NIGHT OF THE LIVING DEAD

on laserdisc (yes, it was that long ago). That movie was revelatory, as was DAWN OF THE DEAD

, and then DAY OF THE DEAD

. Landmark. Without Mr Romero’s movies, myself and scores of other writers and filmmakers would have had to find something else to do for a living. His films – particularly the original DEAD trilogy and other classics like THE CRAZIES

– struck a chord in a way very few movies did. The series which kickstarted my career – AUTUMN

– would never have been written had it not been for Romero’s films. 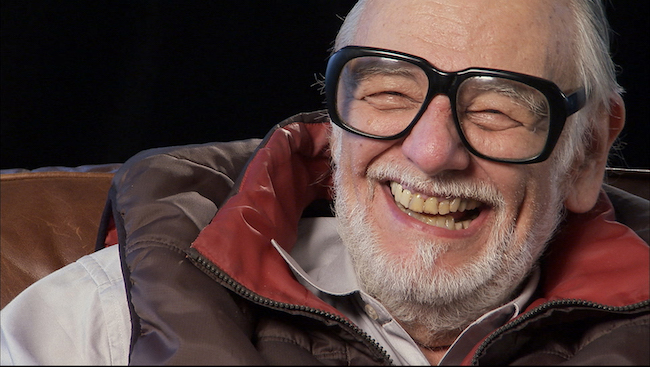 George Romero is survived by his wife and three children. My sincere condolences go out to them at this very sad time.