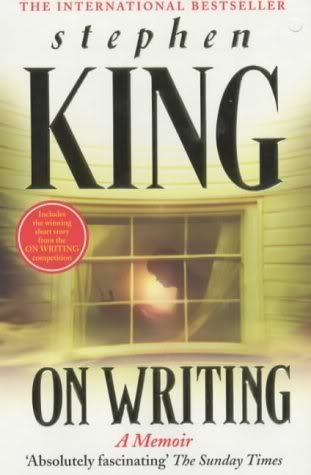 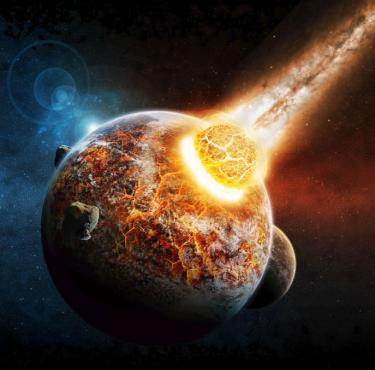 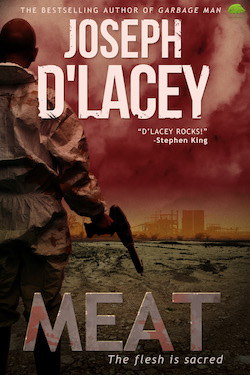 In early 2009, around about the time HATER was released, I spent a lot of time mooching around various dark corners of the Internet wondering what people were saying about my book. On many genre sites I visited I remember seeing the distinctive covers for Joseph D’Lacey’s books, MEAT and GARBAGE MAN. Who is this D’Lacey character, I wondered, and how come he’s got a quote from Stephen King on his books (D’Lacey Rocks!)? I thought we were destined to become adversaries, competing against each other to try and conquer the UK horror market.

I couldn’t have been more wrong.

Over the years I’ve got to know Joseph and we’ve appeared at several events together. He’s a lovely guy; very knowledgeable (check out his recent Guardian top ten horror novels piece), and a damn fine writer. He’s even a TV presenter now (more about that later…).

But it’s not all been plain sailing. Publishing is a fickle and sometimes cruel business, and through no fault of his own, MEAT and GARBAGE MAN failed to have the impact they should have. He told me “Going out of print is something I think a writer can quietly live with, difficult though it is to accept that a book’s life is over. However, having your books withdrawn from sale because your publisher goes bust is a situation most writers probably never even anticipate. It certainly came as a shock to me! I’d always believed that of my two Beautiful Books titles, MEAT was the one with the potential to grow a long tail. When the administrators stepped in at the end of 2011, though, I had to face the fact that any tail it was growing had been severed.”

Fast forward to today, and with a new agent, a new publisher and an expanding back catalogue behind him, both MEAT and GARBAGE MAN have been reborn. Not just reborn – revitalized. “The reissue was a perfect opportunity to improve the novels, so we edited them again and had them re-proofed. Garbage Man was originally published with all sorts of typos and problems with scene breaks. All that has been fixed. I’ve rewritten the acknowledgments section in each book, to make sure everyone who’s helped since their first publication gets a mention, and there’s a section of extra content in both novels. MEAT gets a new preface and Garbage Man a new afterword. The covers have been redesigned too, of course, and the eBooks are enhanced with extra content. I couldn’t be happier with the result.”

Click the link to find out more about the books.