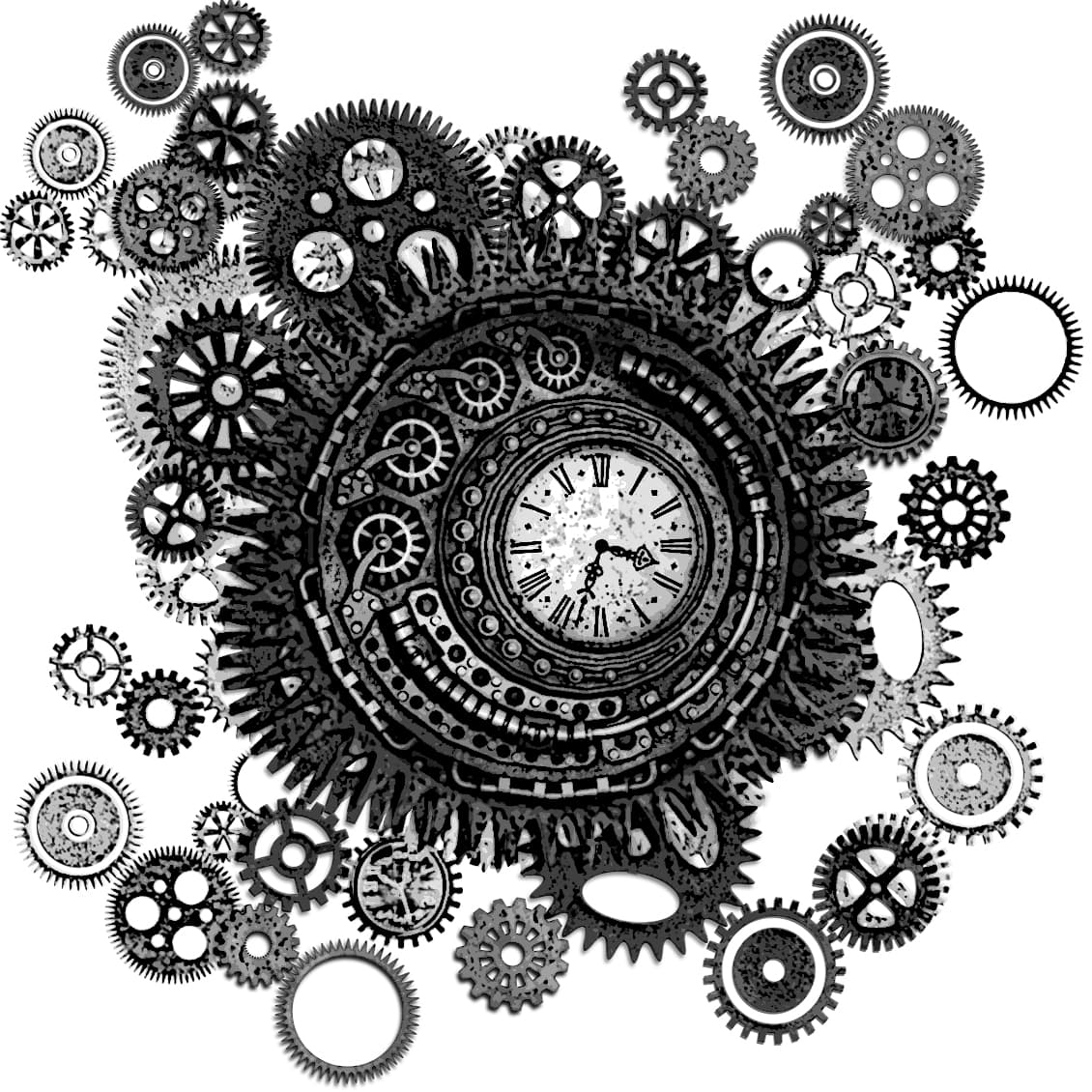 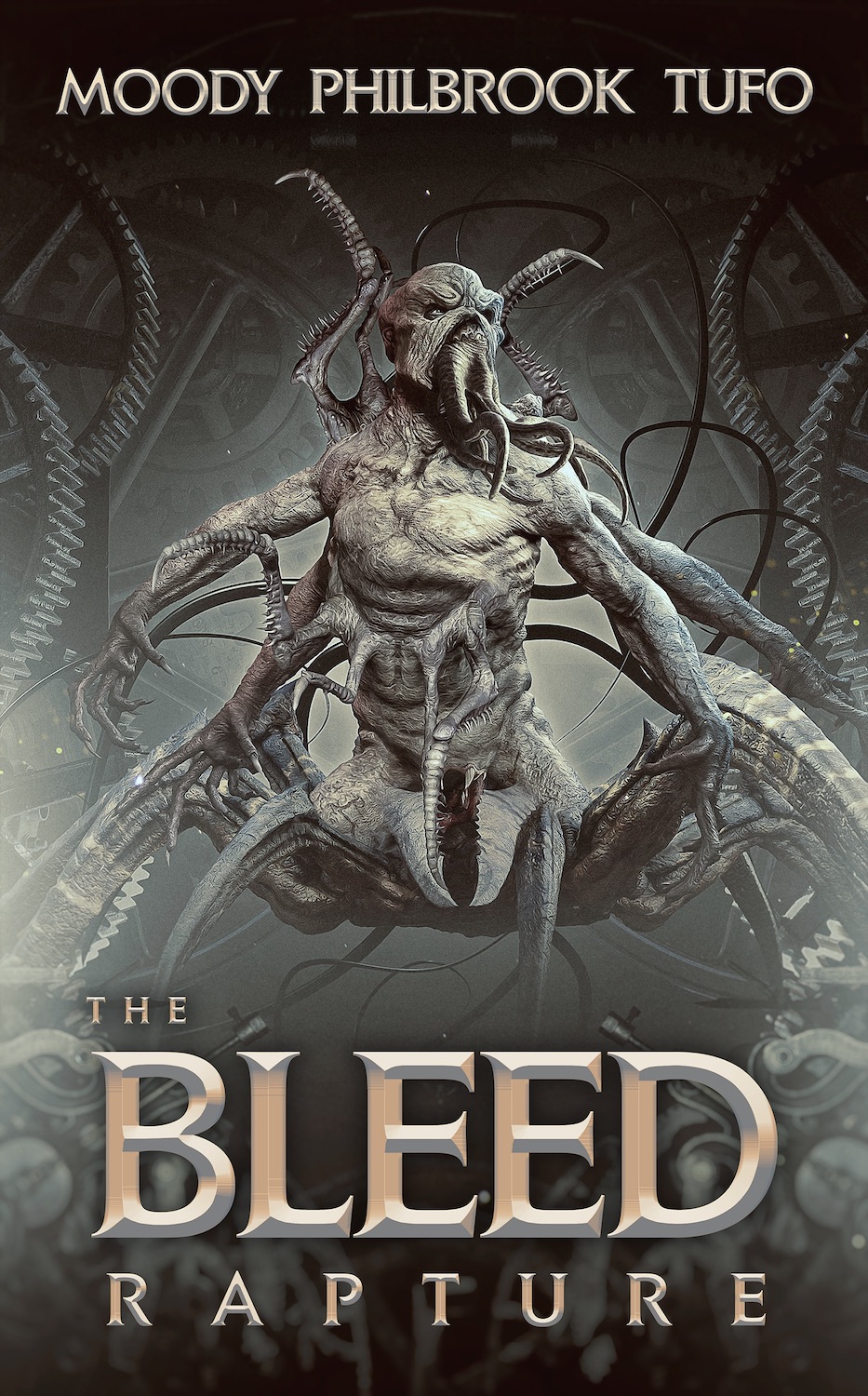 The first book in THE BLEED trilogy – RUPTURE –  written by CHRIS PHILBROOK, MARK TUFO and myself, is released on 14 July. Here’s an introduction to the second story strand which takes place on the moon. 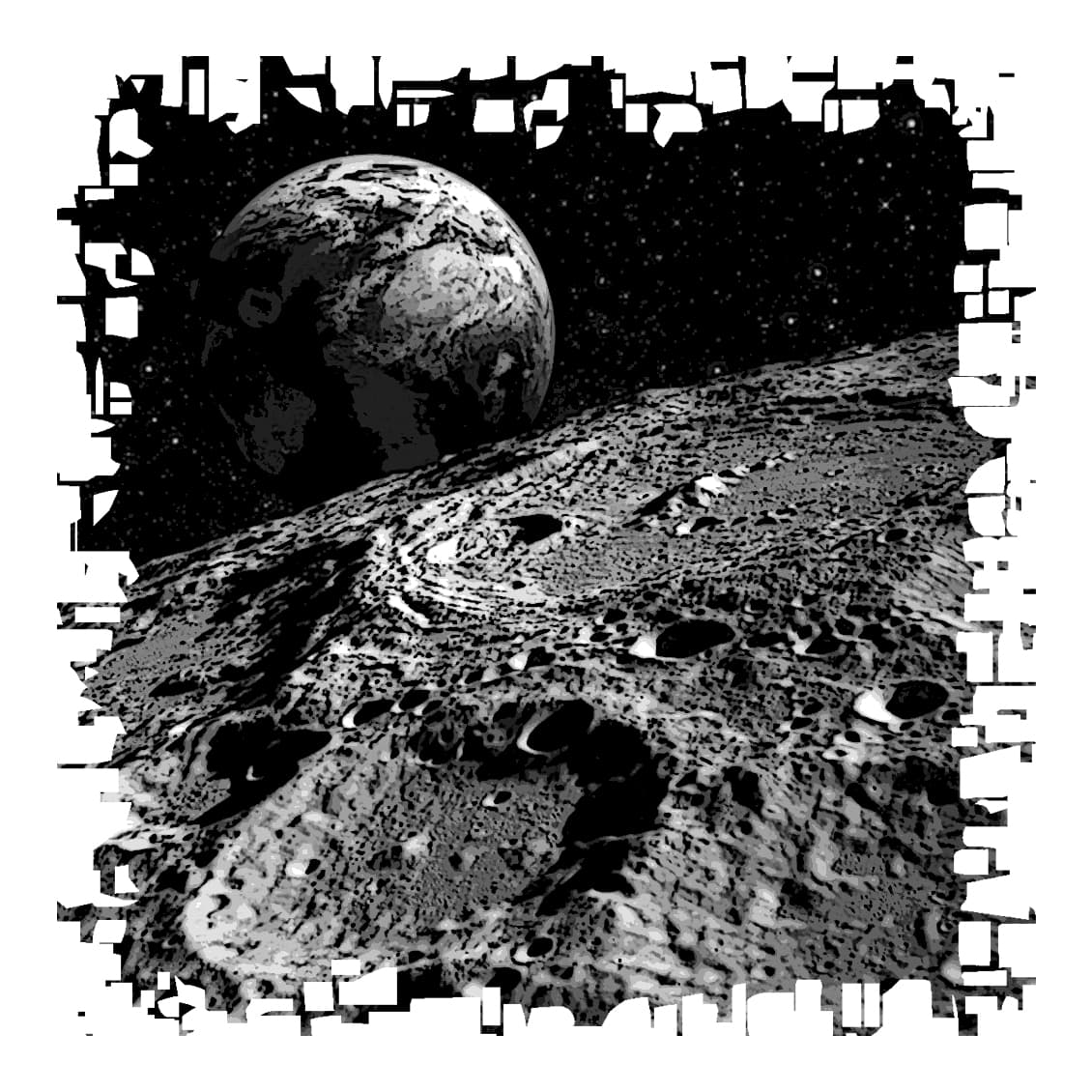 It was 2035, the year the earth came to a tipping point it could not recover from. Deforestation, pollution, melting of the polar ice caps, overpopulation, and an inability to provide enough food had pushed the world into a war that dwarfed the two great wars combined. Nearly every country that had a standing military had joined the fray, battling for scraps of an ever-diminishing supply of resources. Alliances were tested, broken and reformed on a continual basis. It got to the point that most didn’t even know which side, or who exactly, they were fighting with anymore. Humanity was on the brink of extinction, and somehow killing each other seemed the best solution. For twelve years, unbridled savagery was released upon the planet. Billions died in the conflict, and there seemed no end to the misery. War and the wretchedness of it were all anybody knew.

It was a French woman, Esmee Marchand, who had covertly approached what remained of the governments with a plan to save what was left. Esmee had been an ecologist; she’d studied at Harvard and Cambridge University before the war started. She bore witness to the destruction of her planet and had switched her field of focus to terra-forming. She’d devised an original method of rejuvenating environments; creating safe zones for human life, and with this knowledge in hand, she had offered an escape, a fresh start. So, even as countries tore themselves and each other apart, scientists and technicians worked in secret to create rockets and gather the materials, people and animals that would inhabit the moon, always with hope that someday they could return to the earth, once peace had been restored and the threats facing our survival had been removed. What they did not know, what they could not know, was that the Bleed had found their oasis among the stars, and it was doing what it had always done: destroy.

As I mentioned last week, the first book in THE BLEED trilogy – RUPTURE – is released on 14 July. Written by CHRIS PHILBROOK, MARK TUFO and myself, we’ve each created a specific world that we’re going to introduce you to over the remaining weeks leading up to publication. This week, present day London (although bear in mind that present day London looked a lot different to today’s actual present day London when this book was written!). 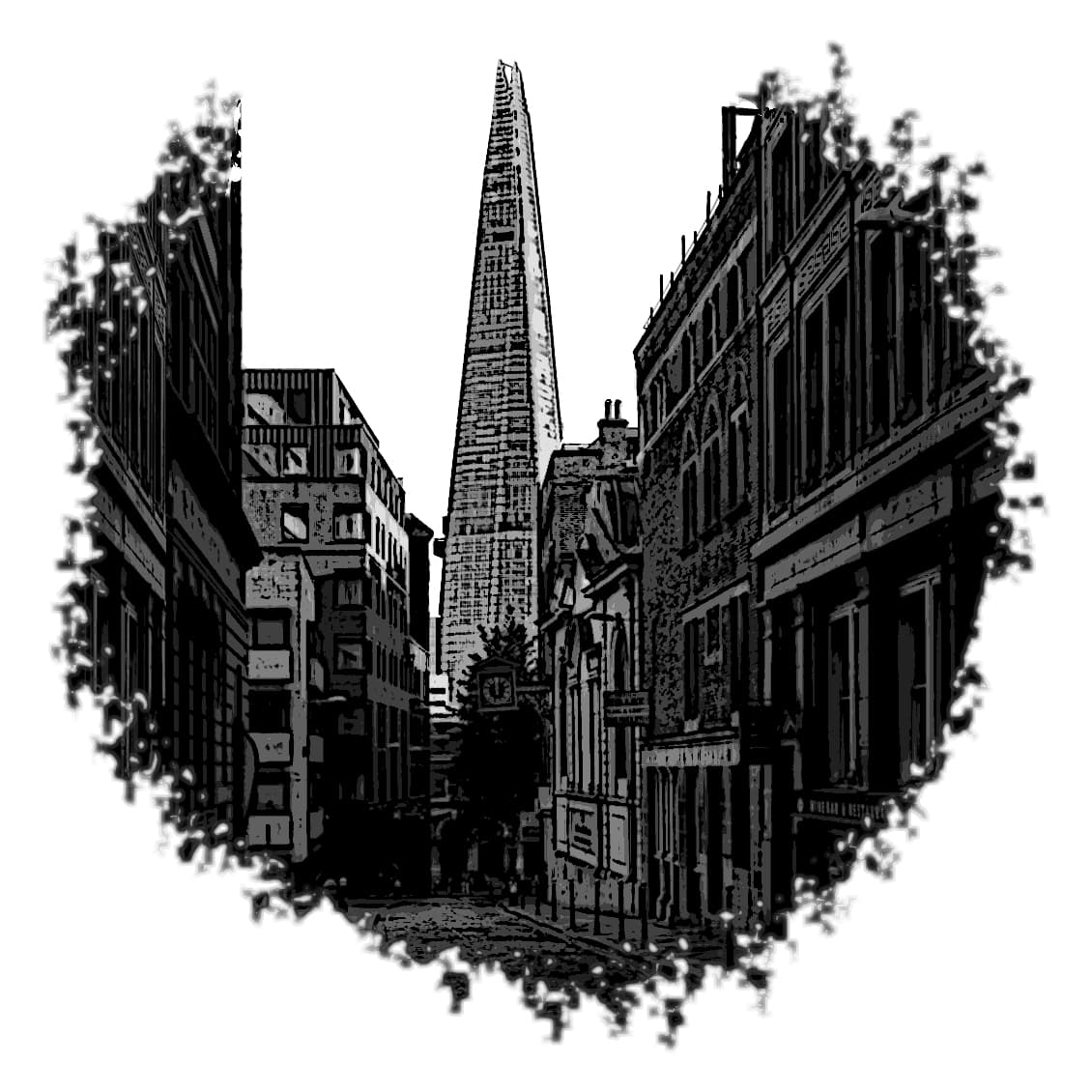 Somehow, everything in this complex sprawl of a city feels like it’s interconnected. More than seven million people live here and work and play and learn here, and despite the fact most of them stay happily within their own little bubbles, doing all they can to avoid talking to anyone else, the day-to-day runs pretty much like clockwork. The masses are together, yet isolated. People weave around each other along the clogged pavements, side-stepping without even looking up from their phones, skillfully avoiding collisions. The traffic stops and starts along heavily congested roads in bad tempered order. Deep underground, tube trains race from station to station at speed, dumping hundreds of people at a time onto platforms already crowded with hundreds more waiting to get on and be whisked away elsewhere.

It’s an incredibly complicated but largely well-oiled machine. It copes with occasional accidents and interruptions, compensating to keep everything moving. It would take something catastrophic to stop the whole damn thing in its tracks. Something way out of the control of Transport for London or the Metropolitan Police. Something bigger than anything ever seen here before. Something inexplicable and indisputably huge. Something mind-bending, world changing, even perception altering.

It began as a barely perceptible greenish glow illuminating the underbelly of a disconcertingly specific section of the overcast gray sky above the heart of the city. Hardly anyone noticed it at first, preoccupied as they were, as usual, with the Thursday morning commute. At just before seven o’clock, few people were in the mood to be interrupted or diverted. The daily race to their weekday destinations had begun.

But the glow remained and slowly increased in brightness, the bile-green hue growing brighter, more and more noticeable. There was something of the Northern Lights about it, but the possibility was so remote, and anyway…surely not with this much cloud overhead? In any case, whatever it was, it wasn’t as important as the meeting at the offices near Westminster at nine sharp, or catching the connecting train to Milton Keynes at eight-twenty-three, or making that appointment with the casting director of that show and not looking like a complete hungover mess, or getting a decent place in the queue for tickets for the—

Everything changed when the cloud cover was breached.

It looked like a comet—a luminous nucleus with a sickly green-tinged tail—but its movement was all wrong. Instead of racing across the London skyline, it was instead bearing down. And actually, as crowds of people now gazing skyward began to realize, it wasn’t racing at all. The impossible mass seemed to be drifting down with control, sinking slowly as if coming in to land. As the comet-thing descended, its speed almost so slow now as to be imperceptible, people began to react.

Most stopped dead in their tracks.

There were collisions on pavements and bumps in the road as people spotted it. Those who hadn’t yet looked up followed fingers pointing skyward and all began to sense the early morning light changing. The subtle green tinge which had been barely noticeable now covered the city. It made everything and everyone look unwell.

Folks who normally completed their morning commute without saying a word to anyone they didn’t know began to look to each other for explanations, though none were forthcoming. In an atmosphere of anxious uncertainty, strangers quickly became allies. Pointless questions were posed, pointless because even though no one had any answers, it didn’t stop them asking. It was a nervous thing. As the bright mass continued its painfully slow descent towards the heart of the city, people nudged those next to them and cocked their heads in the vain hope this was just a publicity stunt they’d not heard about or a scheduled light display their fellow commuters might have seen mentioned on the TV news.

It wasn’t long before panic set in. Despite the absolute lack of detail or information, one thing was clear as crystal: whatever it was up there, it was heading directly for the center of London on an unstoppable collision course. The true size of the comet—if that was what it really was—had been hard to discern, but when an Emirates Airbus 380 flew past and was dwarfed, and then a phalanx of military helicopters crawled in front of it like tiny but well-coordinated spiders, it became painfully apparent to everyone watching that this thing was huge. As in capable of wiping out the whole of London huge.

As in…capable of ending all life on Earth.

Subdued British politeness turned to absolute fucking terror.
In contrast to the well-rehearsed order of just a few minutes ago, the pavements and streets were now chaotic in the extreme. And the faster people tried to walk or run or drive to safety, the slower everything became as one collision became two, two became four, and four became many more. It didn’t take a genius to work out that if—when—the comet hit, the area for miles around this place would cease to exist in seconds. Of course, that didn’t stop most people trying to get away.

She knew that it probably wasn’t worth running. She instead looked up at the glowing orb in the sky overhead, watching it tumbling over and over towards her. Although she’d have given anything to be somewhere—anywhere—else right now, she knew she was stuck. She could run at full speed for as long as she could manage, but it wouldn’t make any difference. She could catch the fastest bullet train (if they even had them here), but she knew she wouldn’t get far enough to escape the inevitable impact and blast wave.

Best not to bother trying, she decided. Save your energy.

None of us are going anywhere. We’re all fucked.

THE BLEED: RUPTURE is released on 14 July as an ebook, paperback, and Audible exclusive audiobook narrated by SCOTT AIELLO. THE BLEED: RAPTURE follows next March, with THE BLEED: ARMAGEDDON to follow in September 2021.