August is always a quiet time around here. For no other reason, I guess, than the fact I’m usually neck-deep in writing. This year has been no exception (hence no posts for three weeks…). I thought it was time to reappear and give you an update. But first, thanks to my friend RICHARD BANNISTER of RICHBRIX for immortalising me in Lego. I was genuinely thrilled when he sent me to me. Isn’t he (aren’t I) cool?! More about that in a moment. 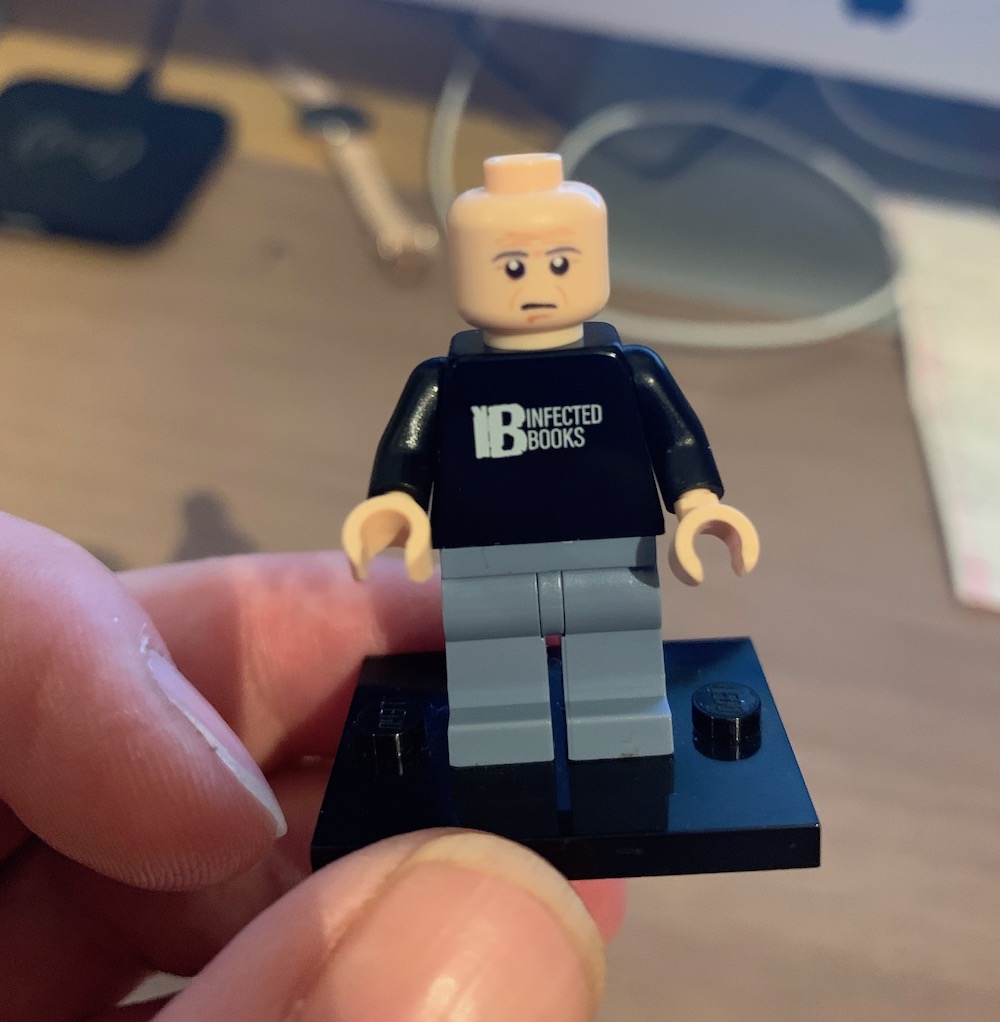 So what have I been up to? I’ve been working on a new novel called WAS SHE EVER THERE? since March, and I’m about to head into what I think will be the final draft. This one is something of a departure for me, and I’ll tell you more when the next pass is complete. There’s also been a lot of planning going on, mainly getting ready for my part of THE BLEED which I’m writing alongside CHRIS PHILBROOK and MARK TUFO. I can’t wait to get going on my section of the book. It’ll feature a visit from God and several ocean’s worth of gore.

Much work is also being done in preparation for my expansion of the AUTUMN series in 2020. The German reissues of the original series have gone down a storm (Vielen Dank an alle, die eine Kopie abgeholt haben), and the AUTUMN website at www.lastoftheliving.net will be getting a fresh coat of paint in the coming weeks. I think I can say that it’ll now be a trilogy of new novels which will be more broader in scale than the original books. Put it this way – if you set an AUTUMN novel in the centre of London you’re going to have many more survivors who’ll have to contend with many, many, many, many more undead.

So back to RICHBRIX. I used to work with Richard and even back in 2006/7 I knew he had a fascination for turning famous film scenes into bespoke Lego kits. Fast-forward a decade, and his passion has given birth to an incredible business. If you’ve ever dreamed of owning a Lego Snake Plissken from ESCAPE FROM NEW YORK (I genuinely have), or V from V FOR VENDETTA, then Rich is your man. Head over to www.richbrix.co.uk and get ready to part with your well-earned cash! 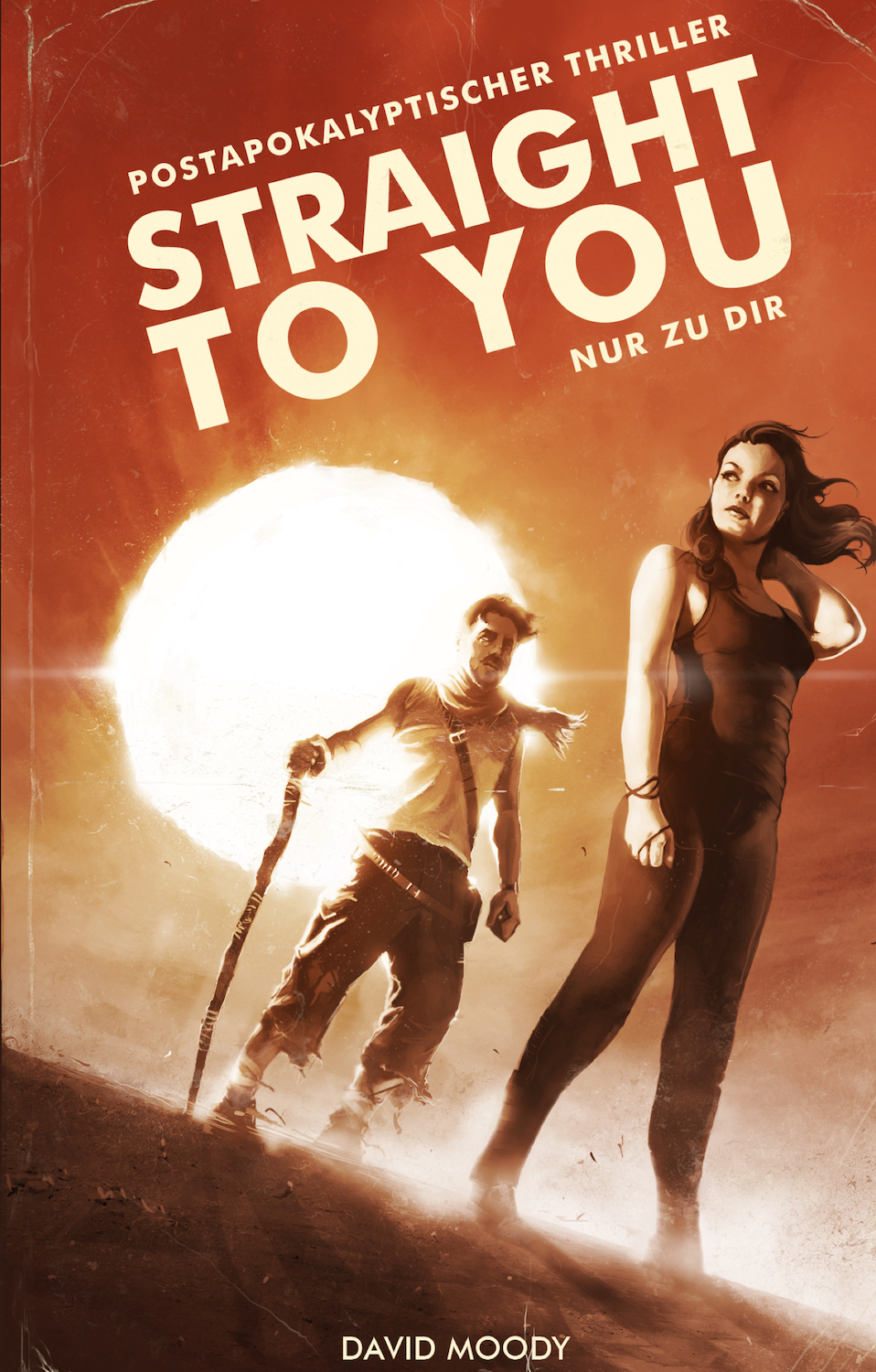 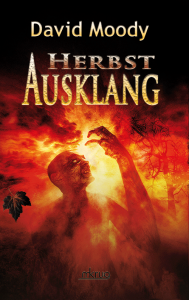 HERBST: AUSKLANG – the German-language edition of AUTUMN: AFTERMATH is now available from MKrug Verlag. Ebook versions will follow shortly. The Herbst books were my first foreign language deal, agreed way back in the early days of Infected Books, and they’ve been a real success. The first release of DISINTEGRATION (HERBST: ZERFALL) anywhere in the world was in German but, for various reasons, this final release was delayed. It’s great to see the series coming to a conclusion at last, and I hope folks enjoy the book.

Amazon’s Kindle (and associated Kindle Bookstore) has now launched in Germany. I’m pleased to announce that all my titles currently available in German are now available as Kindle titles. Click on any of the covers below for more information.

Before I start… no, I don’t yet have any re-release dates for the books and no, I don’t know when the movie’s coming out. Sorry about that. Just so you know, as far as the books are concerned, I’m currently talking release dates with the US and UK publishers. And as for the film, I know that the team at Renegade wish you could see it tomorrow! As soon as I have any news I’ll post it here and update the site’s FAQ page.

On 19th April, Steven Rumbelow (Director of the Autumn movie) and Dickon Tolson (who plays Carl) will be answering questions about the film on Nocturnal Frequency Radio. Click here for details of the show. The show’s host, Steve Genier, is a great guy who recorded a huge amount of behind-the-scenes footage during the production of the movie. I know that news has been sparse recently (the filmmakers and I share your frustration) so this should be a great opportunity to learn more about the film.

In other news, I’m really pleased to announce that the German language edition of Autumn: Purification – Herbst: Läuterung is now available from Otherworldverlag. Click the cover below for more information (and check the FAQ page if you can’t understand why the German editions are out but you can’t get the books in English!):