Jasper Bark once ate my brains (don’t believe me? Here’s irrefutable proof). So it’s with pleasure, and not a little apprehension, that I welcome him to this site with a guest post. Take it away, Jasper… 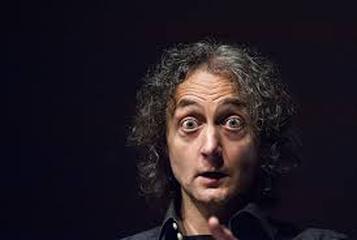 Over a decade ago, while I was a film journalist, I got to interview producer Jeffrey Katzenberg as part of the the press junket for Shrek 2. At one point I asked him if he thought the Shrek franchise was subverting the fairytale/family entertainment genre, so beloved of Disney? Katzenberg rolled his eyes and shook his head at my question.

“Y’know,” he said. “I get about ten young writers coming into my office every week telling me they’ve got a script that reinvents some genre or other. But you know what – I wish they’d just learn to write the freaking genre, before trying to remake it!” I remember being a bit abashed at the time, not just because he’d brushed off my question, but I probably had some work tucked away in a drawer that aspired to reinvent a genre or two. With hindsight however, I can’t help thinking how spot on his comment was.

Every genre has to reinvent itself over time if it’s to remain relevant and fresh to successive generations. However, so many attempts end up falling flat, or missing the mark. So, what I’d like to look at in this guest post, is the ways in which writers, directors and other genre practitioners have successfully subverted the horror genre throughout its long history, to get an idea of what really works.