Lots of stuff going on behind the scenes to get the limited edition hardcover of AUTUMN: AFTERMATH and the new, expanded edition of AUTUMN: THE HUMAN CONDITION published. Prices and release dates will be announced in the coming weeks, but today I thought I’d share the contents of THE HUMAN CONDITION with you. It’s turned into a monster – almost 40,000 words longer than the original edition.

The book will be available as an eBook, trade paperback and limited edition hardcover in May from Infected Books. Click here to register your interest (with absolutely no obligation) and click the link below to find out more about the book – the very last piece of the AUTUMN story.
Continue reading 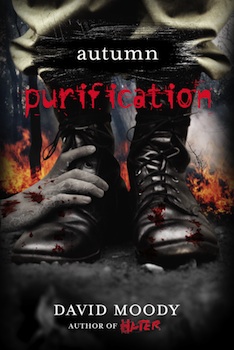