My friend (and THE FRONT co-conspirator) CRAIG DILOUIE released THE FINAL CUT, the long-anticipated third book in his INFECTION trilogy at the end of last year. Having just finished reading it, I’m pleased to report that it was well worth the wait. 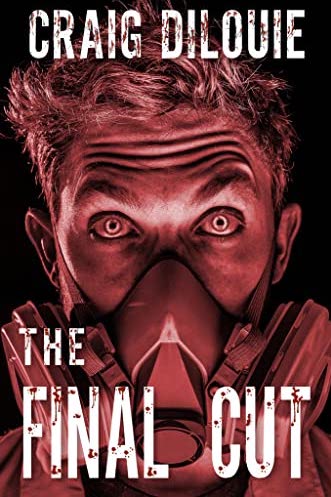 It’s a testament to Craig’s skill as a writer that I felt able to jump back into the story, despite it having been almost a decade since the previous book in the series – THE KILLING FLOOR – was released. We’re right back into the action straightaway and it doesn’t let up throughout. Although the book is focused on a relatively small cast of characters, it’s evident that these people are the key players in humanity’s fight for survival against the unique alien scourge that’s decimated life on earth.

I’ve followed Craig’s work from the outset. From TOOTH AND NAIL onwards, he’s told a number of apocalyptic tales from the point of view of some of those folks on the military front line. Typically, stories with a detailed military content leave me cold, but time and again I find myself enjoying Craig’s writing and the realistic, personal perspective he brings to these chaotic, world-defining battles. The focus remains on the people and their physical and emotional fights, rather than the calibre of the bullets they’re firing.

It was great to finally get to read the last book in the trilogy. It’s sometimes hard to hit the landing when you’re writing sequels, particularly when the last book was written more than ten years previously, but THE FINAL CUT brings the story to a smart and satisfying conclusion. As many of you may know, I’m a sucker for hearing about the post-post-apocalypse, and the book’s coda, in which we get a glimpse of life with the Infection after another ten years, was very much appreciated.

You can grab a copy of THE FINAL CUT from Amazon now. Highly recommended.