I hope by now that you’ve had chance to listen to the audiobook version of AUTUMN: DAWN. I think it’s my favourite audio adaptation of any of my novels, and the reason for that is my brilliant narrator, AUBREY PARSONS. He’s done an absolutely stunning job of bringing the mass of characters that inhabit my dystopian AUTUMN world to life.

I thought it would be fun to ask Aubrey a few questions about his narration, to offer a glimpse into the huge amount of work that goes into producing audiobooks. It’s definitely not just a case of sitting down in front of a microphone and reading a novel out from cover to cover! First of all, I asked Aubrey how he got into the world of audiobook narration.

AP: I was a professional singer for 20 years. I spent a lot of that time working away and travelling the globe. It meant that I didn’t get to see much of my family and I had absolutely no social life. I did get to see a lot of the world and meet a lot of wonderful people but the toll it took on my social life and family eventually got to me. So, I decided to try something different. Since I already have my own small recording studio at home, I decided that maybe voiceover work was the way forward. I searched the Internet and found a couple of different courses and trained myself up to become a voice actor. I’ve always loved listening to audiobooks so it seemed to be the natural progression to work on them myself. 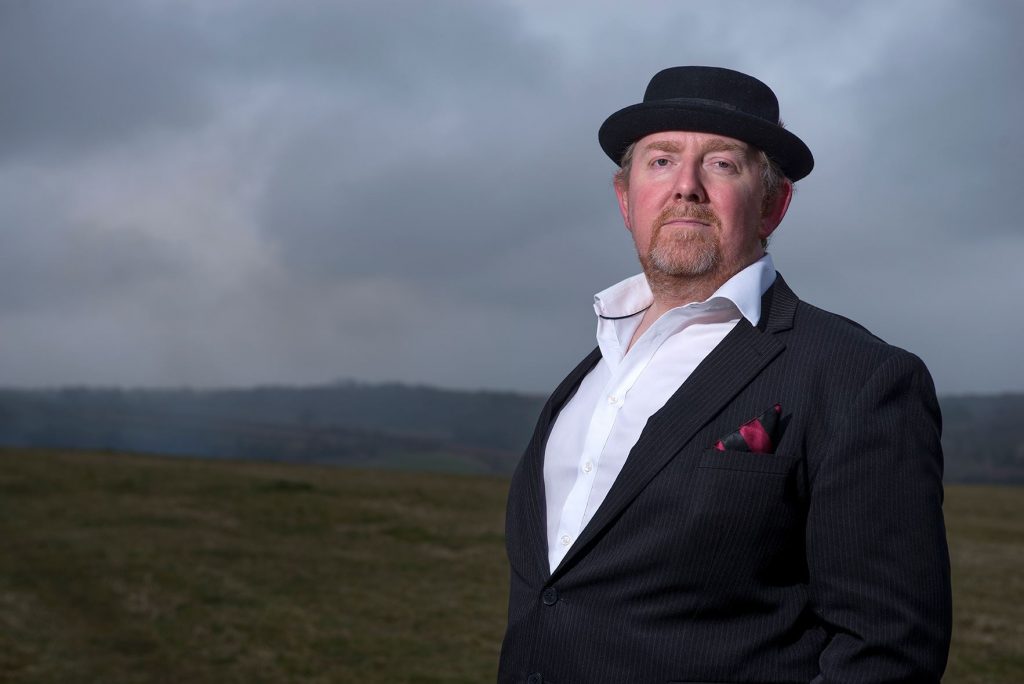 Obviously one of the most prolific suppliers of audio books in the world is AUDIBLE so I looked at their website and found out how I could become a producer for them. it took around three years for me to get myself trained and build a database of authors that I could work with to make things worthwhile. Then COVID came along which in a weird kind of way gave me the perfect opportunity to concentrate fully on my voiceover work. Everything happens for a reason I guess!

I asked Aubrey how he approaches narration. Does he read the book first, or just dive straight in?

AP: This is a great question and it’s one that I get asked by many people just starting out. The best way to approach a new book is to read it from start to finish. Then go back to the beginning and read through the book again highlighting each character in its own colour. So that when you come to narrate the book you know who is speaking and what accent/voice you should be using. It’s a long, old process and can really add a lot of time to the production of an audio book. However, if you’re working with a new author or it is a stand-alone book then this is definitely best practice. Like anything, the more you do something the easier it becomes. I used to use this process on every book I worked on. However now when I’m working on a series, I often find that characters appear in subsequent novels and it becomes easier just to read the book through once and then narrate it on the fly.

I’ve been working as a voice actor for years now, so it’s possible for me to pick up a book and start narrating ‘cold’. I quite like doing this because it means that my reactions to the written word are the same as the readers will be. It can slow the process down slightly because sometimes you have to go back and re-record something that you’ve just read out because it doesn’t quite scan properly. I can imagine other narrators looking down their nose at me for admitting this!

It’s hard reading a book if you’re not a fan of the genre. I asked Aubrey about his favourite genres to work, and received a genuinely unexpected compliment in the process!

AP: During my time as voice actor I’ve worked on many different genres. When you first start out you take what you can get until you become established. I’ve worked on horror, crime, sex, autobiographies, business, self help, and even ‘how to’ books. However the two genres that I enjoy working on most are crime and horror. Many years ago I got into the zombie genre after reading the original AUTUMN series. The book fascinated me firstly the way that it was based in the United Kingdom and secondly it had a slightly different twist on the whole genre. Never would I have guessed that many years later I would be approached to narrate one of the books! I love the fact that the original AUTUMN book was made into a movie with Dexter Fletcher and David Carradine. I still giggle every time I hear a McDonald’s advert and think of Dexter Fletcher in that movie! 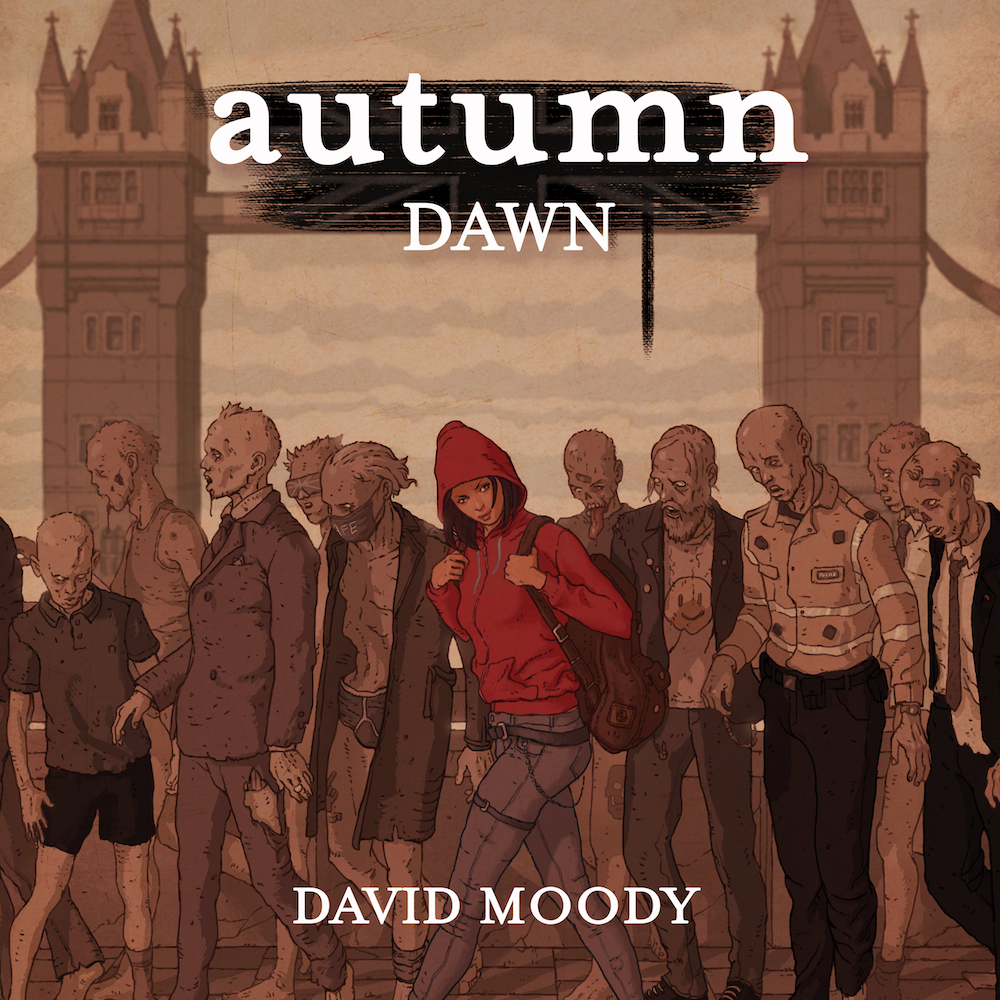 As I said at the outset, it’s not just a case of sitting in front of a microphone and reading. I asked Aubrey about his tools of the trade.

AP: I’ve spent a lot of time tweaking my home studio and making sure I have the best software and microphones available. My main microphone of choice is a Sennheiser MKH – 416 shotgun microphone. It’s a film and broadcast microphone, designed to pick up voices at reasonably long distances, however in a close-up studio environment it gives a great quality of sound. For a long time I used a SHURE SM7B which is the kind of microphone that screamer metal bands use! I’ve tried other high-end microphones such as Neumann but they don’t seem to suit my voice.

One of the newest additions to the range of software I use is Pozotron, an online automatic proofreading system. After uploading the entire script of a novel, you then upload the audio of each chapter and the software compares what you have spoken to what was originally written. It highlights any discrepancies, allowing you to go back to the original audio and easily make any fixes. This software has considerably reduced the time it takes to produce an audio book. For example, a 6 hour audio book used to take me around 3 or 4 weeks to record and edit. Using Pozotron, I can now record and fully edit the same length of book within 5 days.

I asked Aubrey what his typical working day looks like.

AP: As most self-employed people will testify, when you run your own business you have to keep yourself disciplined. So I tend to try and have early nights and early mornings. I generally set my alarm for between 6:00 and 6:30am. After a quick coffee I go to my studio which is a converted bedroom in my house. I start early because there is a primary school across the road from me, and at around 9 o’clock the children start school. I tend to work in one hour chunks. I record two or three chapters and upload those chapters to Pozotron. Then, after an hour or so of recording, I’ll go back and do the edits on those chapters. This gives my voice a chance to have a break. Most days I tend to complete around two hours of audio. Sometimes a book might have a lot of characters or difficult names to pronounce, and this process can take considerably longer. I’m currently working on my 72nd audio book and I have a lot of books ahead of me in the queue. The work just keeps coming!

Most of the authors that I work for are happy for me to slightly change text to make sure that it fits with the characters style/accent. For example the phrase ‘you are’ would naturally be abbreviated to ‘you’re’ when speaking. So it just doesn’t sound right if you continue using ‘you are’. I would never change the context of a sentence but I might add or subtract a few words just to make it flow better. I tried working with an author who was fastidious about the way I narrated his books and demanded everything was absolutely 100% word perfect. It’s safe to say, things didn’t work out. The author got very abusive and I cancelled the contract!

I mentioned earlier that I was a professional singer for 20 years. Obviously during COVID I was unable to perform at all and decided to hang up my singing microphone. However, as things have started to get back to normal I have been asked to do a few performances. So I’ve started doing the occasional gig every now and again. I spent many years working in the music industry and worked alongside the likes of MIDGE URE and STEREOPHONICS. However, the past is a foreign country. When I’m not sat in the studio narrating or out singing I spend my spare time gallivanting around the country in a camper van I recently bought. I’m also lucky enough to have a family house in France and I’m looking forward to getting back out there now things have been relaxed slightly. My other hobbies include fine food, fine wine, travel, playing the guitar, occasionally popping off the odd shot with my air rifle or pistol, and reading. Oh and I’m a sucker for a good zombie flick…

For now, though the scripts just keep coming. This week I will have sold my 30,000th audio book and it seems the more books you sell the more authors want you. I have around 7 audio books currently queued and a little bird tells me that the next book in the AUTUMN series should be landing in my inbox soon! I think everybody believes that they have a book within them somewhere. Since I’ve been narrating, little germs of ideas have been growing slowly inside me, and I’m wondering whether one day I might even be narrating a book of my own…

Thanks to Aubrey for his time, and for his sterling work on AUTUMN: DAWN. AUTUMN: INFERNO is well underway, and as he mentioned, the manuscript should be winging its way to him in the very near future. You can find out more about Aubrey’s narration work at www.vo-artist.com and his music at www.aubryemusic.co.uk. One Facebook, he’s here: www.facebook.com/aubreyparsons.

Find out more about the audio adaptations of my books here. A limited number of free download codes are available for AUTUMN: DAWN and select other titles.

Tagged  Audible, Audible.com, audiobook, Autumn, Autumn: Dawn, Autumn: Inferno, David Moody, Dexter Fletcher, Midge Ure, Pozotron, Presonus Studio One Professional, Sennheiser, Shure, Stereophonics.
Bookmark the permalink.
HTML Snippets Powered By : XYZScripts.com
I use cookies to ensure that I give you the best experience on this website. If you continue to use this site, I will assume that you are happy with this. Thank you. OkRead more