September. How did that happen? 2021 is disappearing in a flash (though not quickly enough, some might say). A quick post to remind you that this month sees the release of the final book in THE BLEED series, THE BLEED: ARMAGEDDON, written by CHRIS PHILBROOK, MARK TUFO and I. It’s a breathless race to the end and if you’ve enjoyed the other books in the series, I know you’ll enjoy this one. It hits the shelves on 21 September as an ebook, paperback (links to follow), and Audible exclusive audiobook. 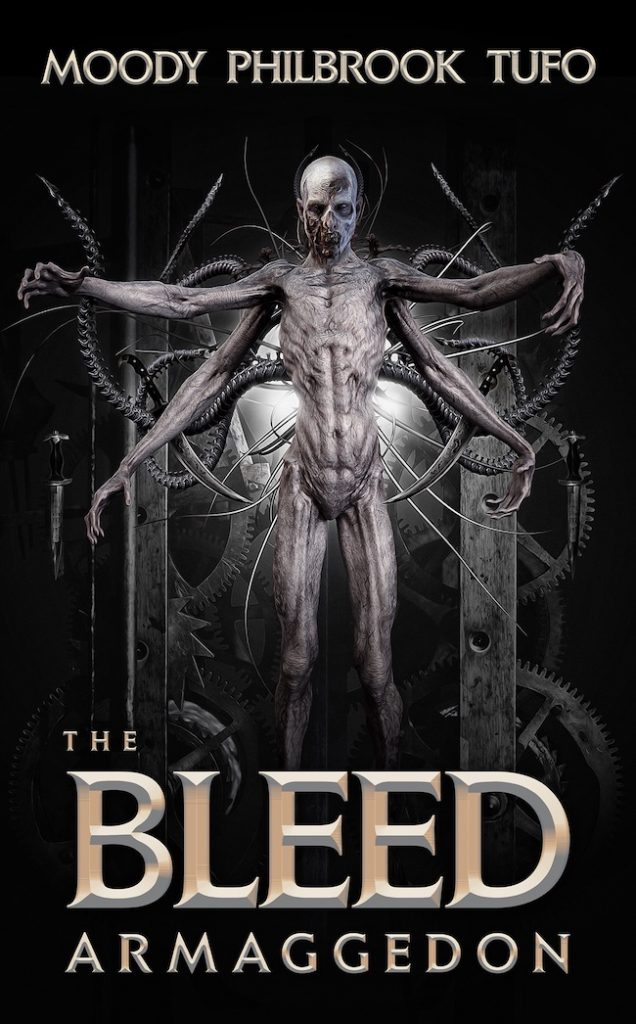 If they fail, THE BLEED will rule. Nothing and no one else will survive.

Tagged  Audible exclusive, Chris Philbrook, David Moody, Mark Tufo, The Bleed, The Bleed: Armageddon.
Bookmark the permalink.
HTML Snippets Powered By : XYZScripts.com
I use cookies to ensure that I give you the best experience on this website. If you continue to use this site, I will assume that you are happy with this. Thank you. OkRead more