Zombies are incredibly adaptable creatures. You can drop them into virtually any scenario and enjoy the chaos which ensues. I think that’s probably why many zombie movies aren’t really zombie movies at all. In the same way I said TRAIN TO BUSAN was really an action film, they’re often all kinds of other movies, which just happen to feature zombies.

The same is true of PENINSULA. Whilst there are many thousands of zombies on show here, they’re more of a distraction than a real threat, and the film seems to have more in common with ESCAPE FROM NEW YORK and MAD MAX BEYOND THUNDERDOME than NIGHT OF THE LIVING DEAD. Accept it for what it is, though, and you’ll likely have a good enough time with it.

As is so often the way with standalone sequels like this, we begin with a series of scenes which show how our ‘hero’ characters coped (or, more likely, didn’t cope) during the initial outbreak of the virus. This section was well done, and laid the groundwork for many of the character interactions later in the movie. Nothing here is particularly surprising, but it helps keep the story moving along and serves to ramp up the tensions and set-pieces in the final acts. 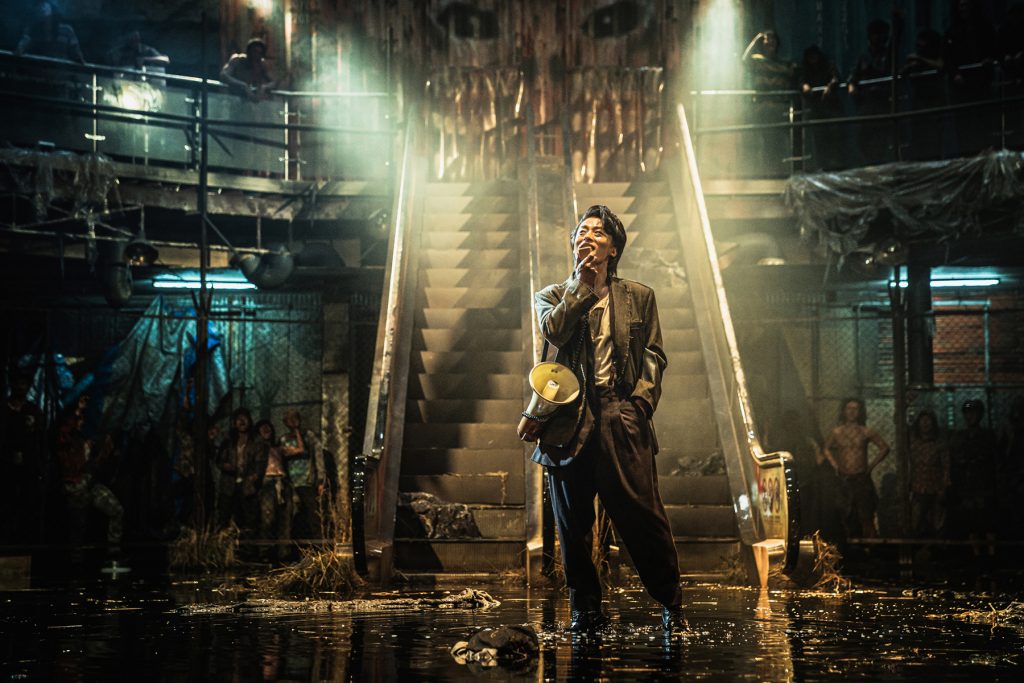 The parallels with ARMY OF THE DEAD are undeniable – a small team of damaged misfits is sent into an impossibly inhospitable location to recover a large amount of money for a very nasty man – but PENINSULA is a far, far better film. Whilst ARMY seemed to me to be hampered by Zack Snyder’s visual style, PENINSULA is suitably grim and grimy and takes its cues from TRAIN TO BUSAN. The zombies in particular are recognisable from the first film in that they continue to exhibit a bizarre, almost surreal physicality that often results in surprisingly arresting visuals.

The characters are slightly less cliched here than in Synder’s film, but are still more caricature than character. The cast do their best with the material presented to them and, unlike ARMY, there are moments of genuine tension and excitement. Both films reach suitably predictable finales, but PENINSULA’s tighter running time, more likeable cast, and better direction means its delivery is far more satisfying. That said, in terms of expanding the world of TRAIN TO BUSAN, it has to go down as a huge missed opportunity. PENINSULA is entertaining enough, but its distractions are ultimately fleeting and forgettable.

You’ve no doubt worked out already that films like this are not my preferred type of zombie movie. They play to a specific audience, and that audience is undeniably huge (far bigger than the audience for my kind of gritty, low-fi apocalyptic tales!). I won’t say much more about PENINSULA, other than it’s worth a watch, and if you ever find yourself tempted to watch ARMY OF THE DEAD then stop, remember this post, and watch PENINSULA instead.

TRAIN TO BUSAN PRESENTS: PENINSULA (that really is an awful title) is currently streaming on Amazon Prime.