Right, I’ve just finished another draft of AUTUMN: DAWN, so it’s time to catch up with a few posts. I thought I’d start with a film recommendation that I discovered over Christmas. Four years ago, back in the days when we were able to travel, my family and I saw in the new year in Australia. Here’s a pic of us outside Sydney Opera House welcoming in 2017. 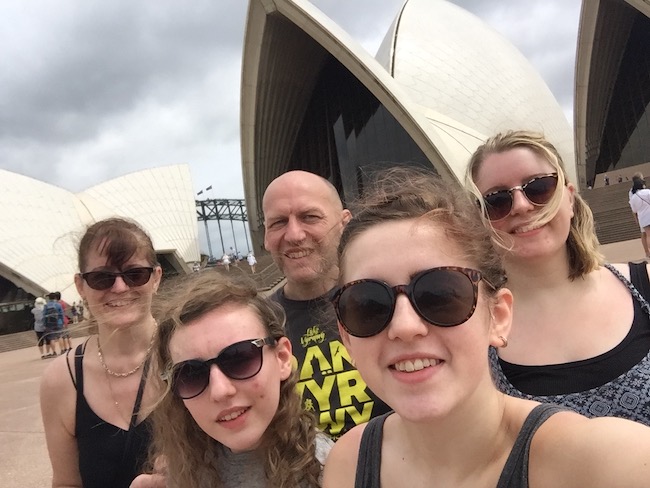 Fast-forward to Christmas 2020, and I was searching for something to watch on Amazon Prime when I stumbled across an apocalyptic movie set in the Opera House on New Year’s Eve. I had to check it out, and I’m glad I did. ONE NIGHT STAND is by no means a great film, but the 1980’s Cold War setting, along with a wonderfully bleak ending, certainly make it worth a watch.

In Australia, four teenagers in a Sydney theatre are astounded to hear the news that a nuclear war has broken out in Eastern Europe. They try to figure out the best way they can survive the coming conflagration.

If you’ve followed my work for any length of time, you’ll probably have picked up how much I like to play with the juxtaposition of the ordinary and the extraordinary. I tend to write about normal (if there is such a thing) folks trapped in situations which are anything but normal. I like to study their reactions, think about how they’d interact, what coping mechanisms they’d use, and so on. I think it’s fair to say, I don’t reckon anyone would react how the characters in ONE NIGHT STAND do.

In terms of character and depth, there’s a lot missing to this story. If I’d just found out that nuclear war had broken out and huge swathes of the US and Europe had been obliterated, I think hanging around a theatre playing cards probably wouldn’t be top of my list of survival strategies. That said, if you can look past these shortcomings and if you can sit through some cringy and overlong scenes, ONE NIGHT STAND still manages to pack a punch.

The film is let down somewhat by the performances and writing, but the central premise and the spirit with which the movie was made carry it through. There’s a performance from MIDNIGHT OIL to keep your interest in the early scenes, and things move along at a decent rate with the claustrophobia and fear building effectively towards an uncomfortably subdued and mournful climax with blood-red, lightning filled Sydney skies. 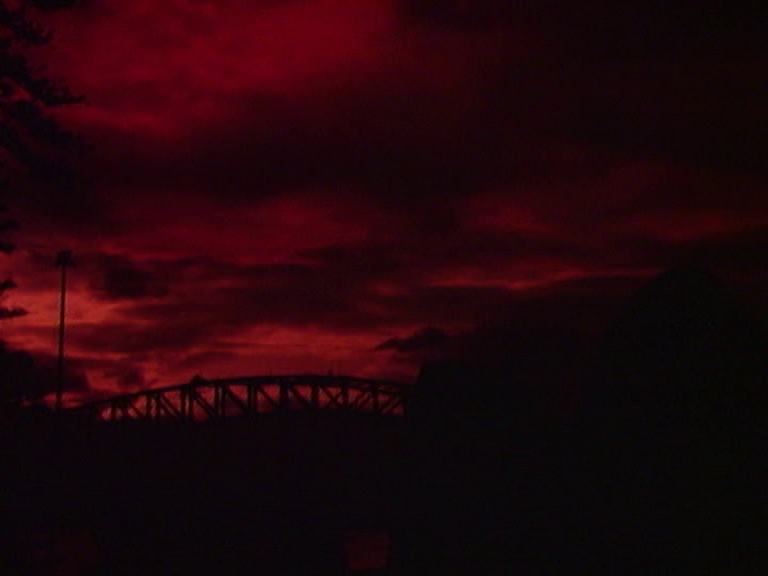 ONE NIGHT STAND reminded me of ON THE BEACH in terms of some of its settings and some of its themes, and even though it’s not in the same class as the movie adaptation of Neville Shute’s novel, it’s still effective. Can you even begin to imagine the horror of knowing the rest of the world is dead, when all you can do is wait helpless for the radiation to reach you and kill you too? It’s pure nightmare fuel and that’s why, in spite of its shortcomings, I recommend giving ONE NIGHT STAND a watch. The film is currently available on Amazon Prime in the UK.

Tagged  Amazon Prime, Autumn: Dawn, Midnight Oil, Neville Shute, On the Beach, One Night Stand, Post-Apocalyptic Movie Club, recommendations.
Bookmark the permalink.
HTML Snippets Powered By : XYZScripts.com
I use cookies to ensure that I give you the best experience on this website. If you continue to use this site, I will assume that you are happy with this. Thank you. OkRead more