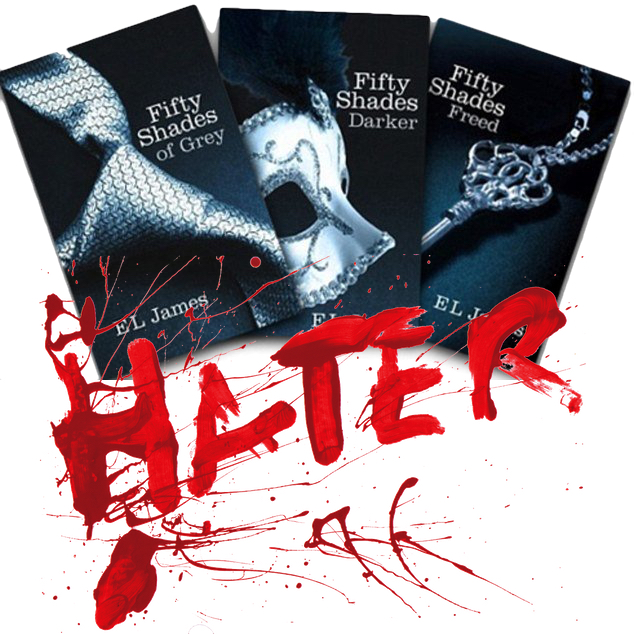 When I heard about the release of Grey in 2015, it was a lightning strike moment. And it was such an obvious solution. The HATER story is about a divide that rips through the human race; I’d told events from one side, so I needed to go back and tell the other.

And that’s essentially how the genesis of THE FINAL WAR trilogy came about. It was then a question of working out how I could tell Matt Dunne’s story and make it dovetail smoothly with the original books. I knew I’d need a standalone start to the new series (2017’s ONE OF US WILL BE DEAD BY MORNING), and that was always written with the intention of book #2 sitting alongside DOG BLOOD. DOG BLOOD is the book where the Haters and the Unchanged have the most direct interaction, and as the violence escalates it gets harder to work out who’s really pulling the strings. The recently released ALL ROADS END HERE will give you more of a clue.

But the ending of the second trilogy posed more of a problem for me in terms of when and where it would be set. 2011’s THEM OR US brought Danny McCoyne’s story to a close, and following him through some incredibly dark days allowed me to talk about the direction I believed the human race would ultimately take as a result of the Hate. But THEM OR US was nearly a very different book. The personal perspective and relatively small scale of the final novel took a lot of people by surprise, and though I thought it was important to take that approach, I did so knowing that I was intentionally glossing over some dramatic, large-scale events.

I’m keeping this deliberately spoiler-free, but after the end of DOG BLOOD/ALL ROADS END HERE, the overall conflict has reached a crossroads. It’s a pivot point. It’s here that the Haters are finally finding their full strength, whilst the Unchanged are desperately clinging onto what’s left of their military superiority. This is the point in both of the trilogies where the balance of power is actually most finely poised.

I’d always had it in my head that prior to the events of THEM OR US, somewhere between the Midlands and the east coast of the UK, a huge land battle must have taken place between the Haters and the remaining Unchanged. This pivotal battle would be so important that it would involve pretty much everyone left alive, sucking people in from the surrounding areas like a black hole. And now, thanks to the author of Fifty Shades of Grey, I’m ready to tell that story.

This is where the fates of the surviving characters from both DOG BLOOD and ALL ROADS END HERE will be decided. This is CHOKEHOLD, and it’s out on 19 November. And if you think you already know all the answers because you’ve read THEM OR US, you don’t.