Families can be funny things. It’s no surprise when you think about it: we chose our friends and our lovers, but not our parents or our siblings. Why should we be expected to get on with them when all we share is genetics and a house? Don’t read anything into this intro, by the way, I’m not about to give you the potted history of the family Moody. ivermectin tab# I’m actually just going to recommend a cracking little film to you: AWAIT FURTHER INSTRUCTIONS.

A family’s tense reunion turns terrifying when they get trapped in their home by an unknown force, and sinister commands begin appearing on their TV.

I really enjoyed AWAIT FURTHER INSTRUCTIONS. It’s well made with a strangely timeless feel and an arresting visual style. Director Johnny Kevorkian and writer Gavin Williams have put together an original and claustrophobic tale set in a desperately tense, powder-keg, pressure-filled environment: the family Christmas. In many of my books I write about the end of the world because it’s where I believe we’d see people showing their true colours and acting as they want to, not as society tells them to, and it strikes me that this, strangely, is quite a similar set-up. how to apply topical ivermectin to guinea pigs To my mind, Christmas comes a close second to Armageddon. Think about it – it’s often a time when we’re trapped in an alternate reality. is ivermectin a prescription drug in canada Everything looks and sounds largely the same, but it isn’t. For those few days over the festive period, the normal rules and regulations and routines don’t apply. Setting this movie in the deceptively cordial surroundings of a small family Christmas was a masterstroke. 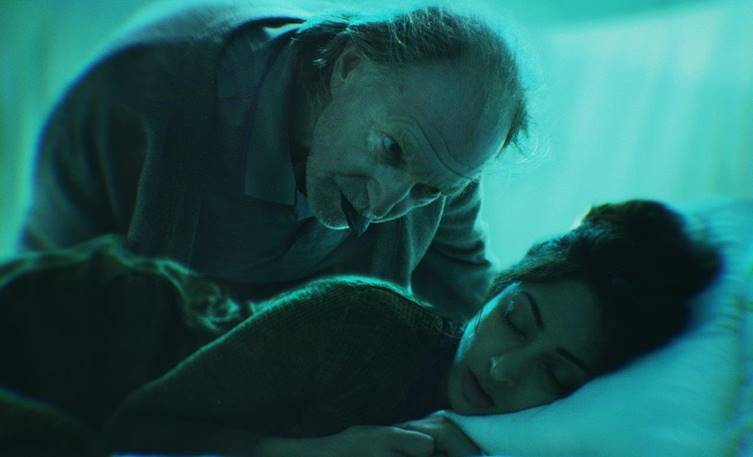 I don’t want to say very much about the story for fear of spoiling the film. Safe to say, it ticks my boxes by showing the impact of a potentially world-changing event through the eyes of a small and restricted family unit. The characters are so focused on their individual hang-ups, arguments and relationships that the larger implications of what’s happening seem to pass them by.

Again, I don’t want to spoil the movie by giving too much away. It rattles along at a really good pace and manages to transform itself from something that begins like a fairly grounded suburban family drama, into a full-on hybrid of a Twilight Zone episode and David Cronenberg movie with definite overtones of Tetsuo, the Iron Man (which terrifyingly, just turned 30).

AWAIT FURTHER INSTRUCTIONS is currently all over Netflix, so if you’re looking for a film to watch this Sunday afternoon/evening, you should check it out. Highly recommended.