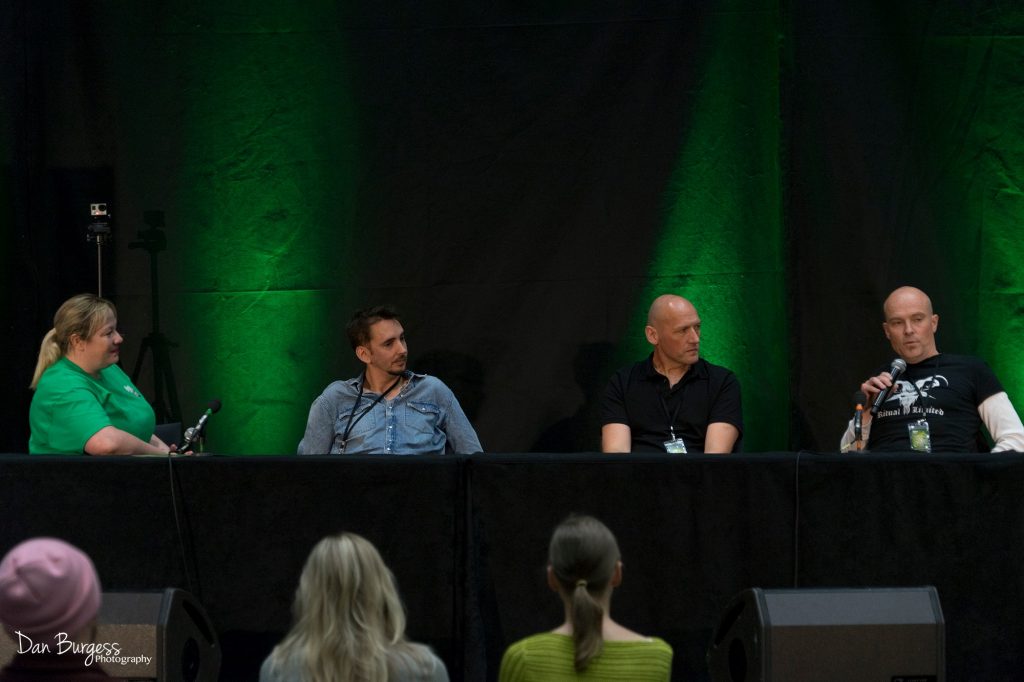 It’s not easy to get one of your novels filmed. It’s surprisingly easy to sell the rights, but as soon as the deal’s done the poor author is at the mercy of just about everyone and everything else. There are funds to be found, schedules to match, stars to align… it’s an astonishingly frustrating and unpredictable process, as I’ve found over the last decade or so with on-off-on-off HATER

adaptation (last I heard – still on, currently waiting for an update to share). And then when the movie does get made, it’s often not what the author, or the readers, expected or wanted. Again, I’ve experienced this too, with AUTUMN

(and as it’s ten years this December since the movie was filmed, I think I’m overdue a re-watch and re-evaluation). So it’s with real pleasure that I can report the film adaptation of THE RITUAL

is a well-crafted and very effective movie.

If you were to simply read the synopsis and a handful of reviews, you’d be forgiven for thinking THE RITUAL

is a story along the lines of EVIL DEAD

. It’s not. Sure, there are some similarities, but THE RITUAL

is something else entirely, and I’d rather you discovered why for yourselves, so won’t go into detail here. But what I can say, and what elevates this from films like THE BLAIR WITCH PROJECT

(and its derisory 2016 sequel), is that THE RITUAL

is populated by characters we’re able to give a damn about. All four of the friends are well-defined, and there’s a strong backstory which holds them together/tears them apart and which gives us a real vested interest in their fates.

The film looks beautiful. As well as some stunning location shots, there are other dramatic visuals which make this something special. Again, at the risk of spoiling the film, I’ll not go into those here, but you’ll know them when you see them. The cast are excellent, particularly Rafe Spall and Sam Troughton, and the pacing is spot-on. How refreshing to watch a strong movie with a 90+ minute run-time. Maybe I’m just a grumpy old man, but many films these days seem to be two hours or longer and filled with bloat.

All in all, it’s great to be able to report that THE RITUAL

is the adaptation Adam’s book deserved, and I very much recommend you watch it. It’s out now in UK cinemas, and will be hitting Netflix in the US and other regions later this year.