A couple of new releases to tell you about… 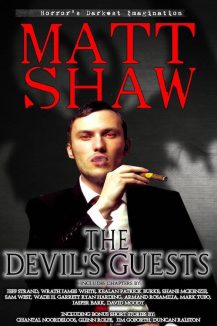 is out now. Matt’s put together a really ambitious book, and it’s a project I was pleased to be a part of. I had far too much fun creating a particularly obnoxious character for Matt to ‘dispose of’ later in the book. Here’s the cover blurb:

From outside the hotel looks like any other in the city. Inside though, a maze of ever-changing corridors, rooms filled with death, traps and – behind the reception desk with a welcoming smile, a sadistic owner who can not wait to help his guests check-out permanently.

From the twisted imagination of Matt Shaw, and partly based on the serial killer H. H. Holmes, comes a new extreme horror and a new way of telling the story. While Shaw writes the part of Henry, the sadistic serial killer, he has invited some leading horror authors to write their own characters – introducing them to the hotel before Shaw finishes the story off. This is not an anthology. This is one story with guest authors Jeff Strand, Wrath James White, Kealan Patrick Burke, Shane Mckenzie, Sam West, Wade H. Garrett, Ryan Harding, Armand Rosamilia, David Moody, Gary McMahon, Jasper Bark and Mark Tufo.

Click here for more information and to pick up a copy of the book. 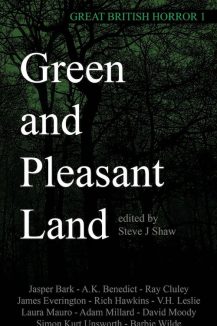 Also out now is the paperback edition of GREEN AND PLEASANT LAND, an excellent anthology edited by Steve J Shaw which includes my story OSTRICH.

And don’t forget, my World War II zombie novel – THE FRONT: RED DEVILS – is out in a couple of weeks time!