Horror in the East – this Saturday

As I was saying the other day, time flies. It feels like only five minutes, but it’s five years this month since THEM OR US

book, was released (note the careful wording there… the final Danny McCoyne book – the HATER

You might remember, THEM OR US is set in Lowestoft, the most easterly town in the UK. I launched the book there back in 2011 with a special event at the library (which features in the novel). We had a great time and, as a result, the annual HORROR IN THE EAST convention was born. After a sabbatical last year, I’m thrilled that the event is back. It’s free, and it’s this Saturday. Hope to see you there. 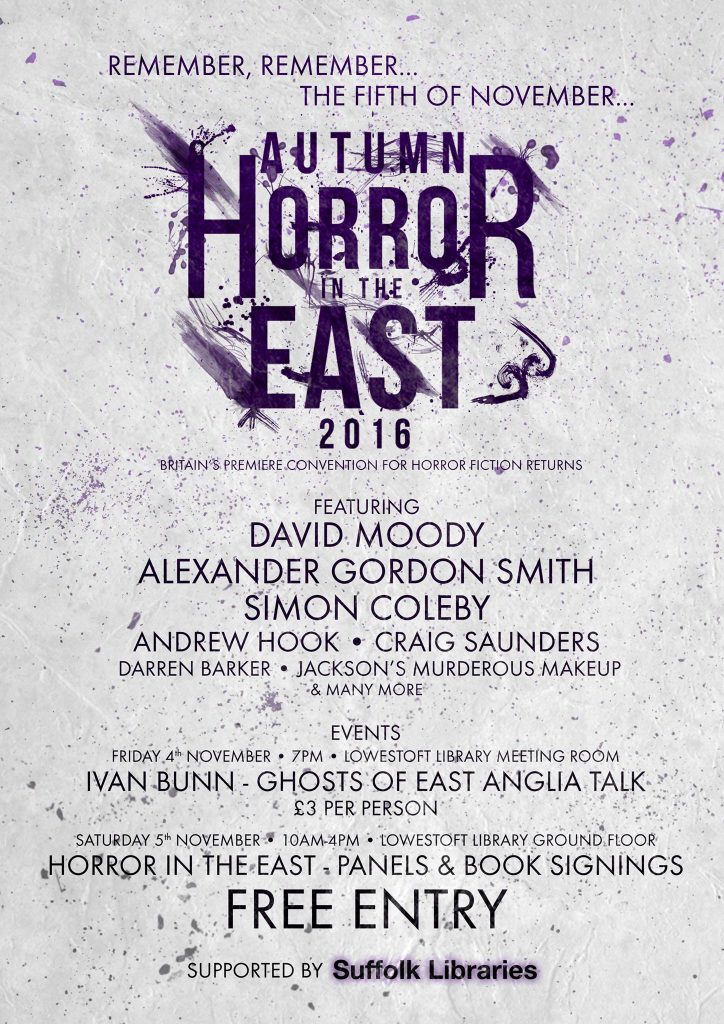