I’m over the moon that ADAM BAKER‘s KILLCHAIN

– the first book in Infected Books’ YEAR OF THE ZOMBIE – has been so well-received. It really has gone down a storm. I’m equally excited to announce that book two – THE PLAGUE WINTER by RICH HAWKINS – is now available. Set in the world of his brilliant novels, THE LAST PLAGUE and THE LAST OUTPOST

is an intensely personal story of hope and hopelessness at the end of everything. Grab it now from Amazon.com and Amazon.co.uk.

Following the devastating outbreak of an alien virus, Eddie and his young grandson struggle to survive within the wasteland of Great Britain. They live day-to-day, scavenging among the ruins, trying to avoid the deadly infected that now roam the land. But Eddie has other demons to conquer: a longstanding drink problem that needs to be kept in check if he wants to keep both himself and his young charge alive.

When a stranger enters their lives, seeking help, Eddie is forced to make a choice that could alter their lives forever. 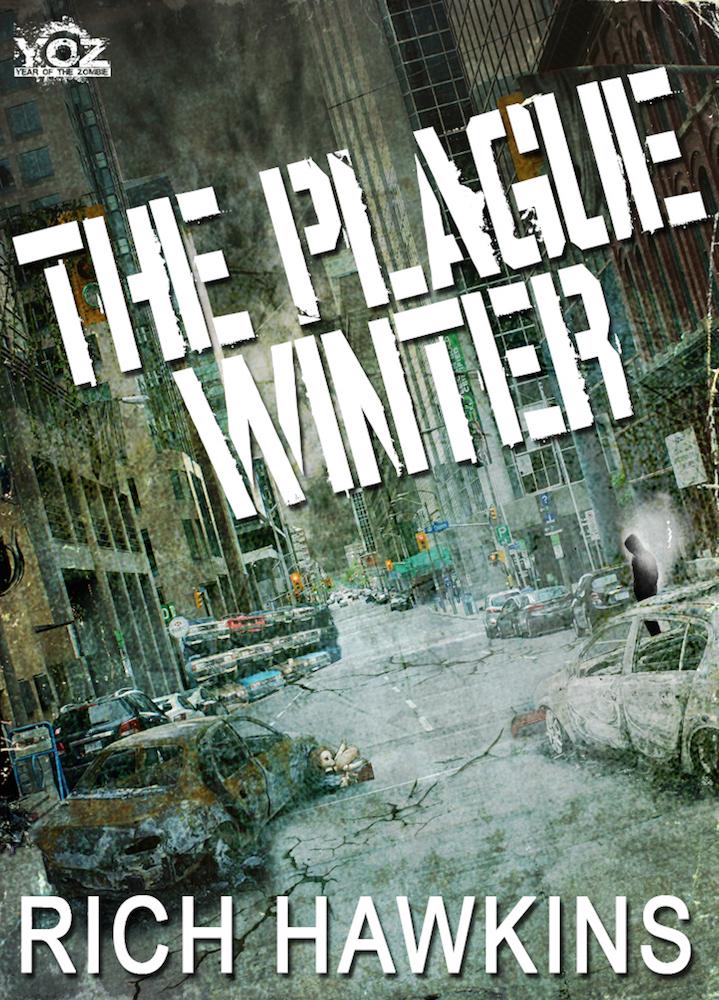