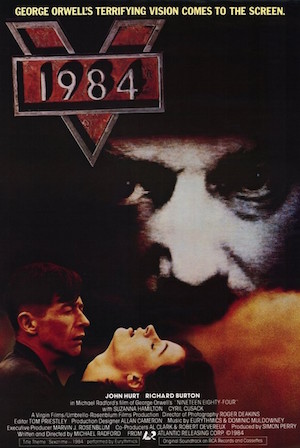 Mention 1984 to pretty much anyone, and they’ll no doubt start talking about Big Brother, the face of the all-controlling Party which rules its citizens with uncompromising brutality. The totality of that control is truly frightening: even personal thoughts are restricted, with thought crimes punishable by torture and correction or death. But as Orwell’s Big Brother is a visual, almost superficial representation of the Party’s far-reaching powers, so our cultural assimilation of the phrase has somewhat masked the true depth and accuracy of Orwell’s prophetic vision. Look beyond BB’s perennially staring face and oft-recited catchphrases (Big Brother is watching you…) and you’ll find a whole raft of other similarities.

Here’s an example: early on in the book, prior to a controlled outpouring of pro-Party emotion known as the two minute hate, Party members are told that because of the actions of the enemy (with whom Oceania is perennially at war), weekly chocolate rations are being reduced from 30g to 20g per person. Fast forward several days, and it’s announced that there’s great news! Thanks to BB’s leadership and the efforts of the Party and their armed forces, chocolate rations are being increased from 20g to 25g per week! Cue much misguided celebration. From the outside looking in, it’s easy to see the deception. When you’re at the mercy of the authorities, though, its not so clear-cut. I did say I wasn’t going to get political here, but there’s an uncomfortable parallel with what’s happened to petrol prices here in the UK over the last few months. A well-publicised drop due to the price of oil, followed by a less talked about gradual increase in fuel prices again… the cuts are proudly trumpeted, the stealthy increases hidden away. 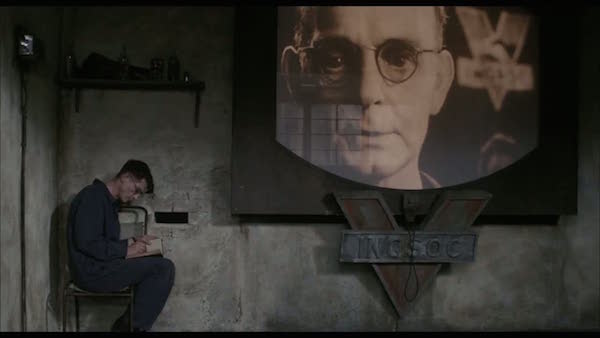 Winston Smith (John Hurt) works in the Ministry of Truth. His job is to ‘correct’ the past, dialling up old editions of The Times and amending them so that history is correctly aligned with the current party line. People are made to disappear when they fall out of favour, their achievements and actions simply assigned to someone else. And if that seems a little extreme, think again. You’ve only to look at high-profile UK-perverts like Jimmy Saville to see how people (completely rightly in Saville’s case) can be removed from the public conscience. A retrospective of 1970’s Saturday night TV would inevitably have mentioned Jim’ll Fix It, but since Saville’s appalling habits and behaviours were exposed, clips of his shows have become taboo.

An important point to make before anyone starts shouting: I’m not trying to compare the UK media’s self-censorship of nefarious ex-celebrities with the soul-crushing state control of 1984, I’m just trying to illustrate how plausible and prophetic Orwell’s dystopian vision actually was. In my humble opinion, sick fuckers like Jimmy Saville and Rolf Harris can rot in hell. Bastards.

Back to the point… if you haven’t seen it already, you really should find time to watch Michael Radford’s superb adaptation of 1984. Filmed during the actual time the novel was set, and in the locations Orwell used, it’s a surprisingly timeless movie. Oceania is portrayed as a crumbling, decrepit place with appalling levels of poverty for all of those who do not achieve the ranks of the Inner Party. Citizens are exposed to continual surveillance and are constantly bombarded with propaganda. Outwardly, Winston Smith acts exactly as he should, but inwardly he’s conflicted. He has doubts… questions… and when he begins an illegal relationship with a woman named Julia, his miserably obedient world is turned upside down. 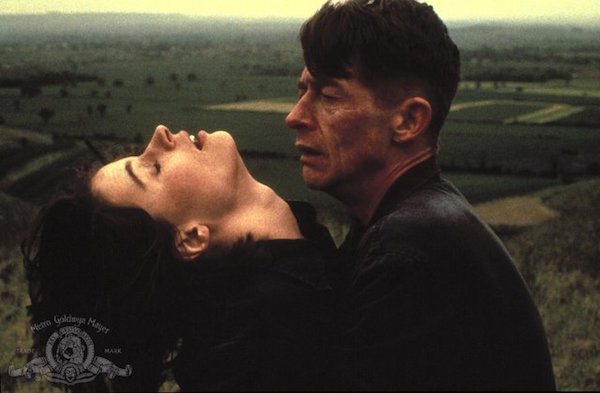 The film looks gorgeous (as gorgeous as grimy urban decay can be), and the cast are uniformly excellent. Richard Burton – who was in constant pain during filming and who died shortly after finishing the film – gives an uncharacteristically understated performance which ranks as one of his best. But 1984 belongs to John Hurt. It’s a testament to the strength of his portrayal of Winston that he can appear so resigned and beaten in the opening scenes, yet can plunge deeper depths still as his character is caught and tortured by the Thought Police. 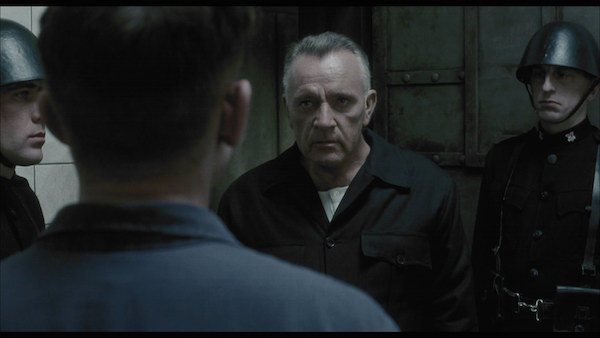 As I’ve already said, the extent to which 1984 has invaded the public psyche over the sixty-five years since its original release has reduced some of its most well known aspects to cliché (ask any UK teenager what Room 101 is and they’ll tell you it’s a BBC comedy panel show hosted by Frank Skinner, not the most feared interrogation room in the Ministry of Love), but there’s no undervaluing the importance of Orwell’s book. Michael Radford’s movie (which is available on DVD and VOD) is an accessible and accurate retelling of Winston Smith’s chilling story.