There are several scenes in AUTUMN where Michael, Carl and Emma set out from Penn Farm to look for supplies, and find themselves driving down long, winding country lanes which all look the same. It was while driving along miles and miles of roads like that in North Wales one summer many, many years ago, that the first germ of an idea materialised which eventually became AUTUMN. I was daydreaming, imagining a bizarre, nightmare scenario where I set out from one village to drive to another, only to find that by the time I reached my destination, the rest of the world had dropped dead. Lovely, eh?

For whatever reason, I couldn’t let go of the idea, and the story began to unfold. The earliest version of the book began with Michael sitting alone in his car in an isolated car park (which was actually based on this place). He’d just broken up with his long-term partner and had driven out into the middle of nowhere with only a few cans of beer and a takeaway meal for company to try and forget. Waking up next morning, he drives into the nearest town and discovers he’s the only person left alive. Except, he isn’t. At a campsite near the outskirts of the town, Emma Mitchell – a back-packing student – wakes up in her tent next to her dead boyfriend. Panicking, she runs into town to look for help, and there she meets Michael.

The story was originally envisaged as a Twilight Zone-esque, ‘empty planet’ story, but it soon became clear that a key element was missing. There needed to be a threat, and it didn’t take me long to realise the millions of dead bodies lining the suddenly silent streets needed to make a reappearance. And at that point, AUTUMN became a zombie novel. 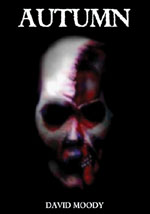 The beginning and end of the story were very different, but much of the rest of the book bore more of a resemblance to the final version: Michael and Emma find Penn Farm and barricade themselves inside as the dead converge on them, and the situation gradually worsens. In the earliest drafts, however, the couple found a working radio and managed to make contact with a group of survivors holed-up in a city. They decide to stay where they are (figuring that if it’s bad out here at the farm, it’s going to be a thousand times worse in the city). Whilst out fetching supplies, though, they become separated by an enormous horde of bodies, and Michael is killed. Not wanting to stay out in the countryside, isolated and alone, Emma fights her way back into the city to reach the survivors they’d been speaking to.

The first drafts of AUTUMN were written in the mid-1990’s, just after I’d finished STRAIGHT TO YOU. Personal circumstances prevented me from writing anything much for a few years after, and it wasn’t until 2000 that I was finally able to return to the novel. I re-wrote it from scratch, serialising it online and eventually giving the entire book away free – probably one of the best business decisions I’ve ever made.

The 2000/2001 version of the book was pretty much the AUTUMN you know today. I’d had a few years to think about the dynamics of the story and to come up with my own take on zombies (which, coincidentally, had been pretty generic to begin with). I knew I wanted to do away with flesh eating and to create a creature which became progressively more dangerous. Interestingly, the deviation from the zombie mythos which had the biggest impact on the structure of the story, was the decision to make everyone either a plague victim or immune by the end of page one. The importance of that didn’t hit home until much later on. It completely altered the focus of the book by allowing the survivors to concentrate on dealing with their situation without constantly having to avoid getting bitten and becoming one of the walking dead.

I swapped things around, with the original ending of the book (minus Michael’s death) becoming the beginning, and the beginning the end. It made more sense for the survivors to flee from the city rather than towards it, and so the scenes at the Whitchurch Community Centre were born (more about that in a minute). The dynamics of the book still felt uneven, until I took the decision to turn the duo of Michael and Emma into a trio with the addition of Carl. Carl has been an incredibly popular character, and I never cease to be amazed by how many people seem to identify with him. When I first wrote AUTUMN, I was young, free and single. By the time I got around to rewriting it, however, I was married with children. Carl allowed me to explore all the fears and emotions I’d barely even stopped to consider before. How do you motivate yourself to survive, when your every reason for survival has been snatched away?

The major parts of the story were now in place and, to my amazement, people started following the story as I posted it online week by week. Once complete, with the help of a number of folks I made the whole novel downloadable in a range of formats and watched in disbelief as people started downloading it. Numbers steadily increased – from two or three downloads a day to hundreds in a surprisingly short space of time. And then people started asking for more.

I’d always had the idea in the back of my mind for a sequel to AUTUMN, figuring that I’d focus on the bigger group of survivors from the city. In the end I chose a different, even larger group, in a completely different (unnamed) town. Come back next week and I’ll tell you about AUTUMN: THE CITY.

To round off this post, though, I thought I’d leave you with this picture (forgive the quality – it’s a butchered screen grab from Google Maps!). This is a scout headquarters in Birmingham, home to a scout group where my father was a leader for more than fifty years. They used to meet in a ramshackle wooden hut across the road, but my grandfather started an appeal to build a new headquarters and, in 1981, the building you see in the picture below was built. My mom and dad, along with many other volunteers, worked on the building every weekend for month after month, and my brother and I spent endless hours there. Sometimes it felt like I spent more time in that place than I did at home. I grew very attached to it. Twenty years later I was looking for a location in which to base the survivors at the beginning of AUTUMN. With its strong walls, good facilities, its isolated position at the edge of a large park, and a large store room full of camping equipment and supplies, Dad’s scout headquarters seemed the ideal place. So here you have it, the real community centre! 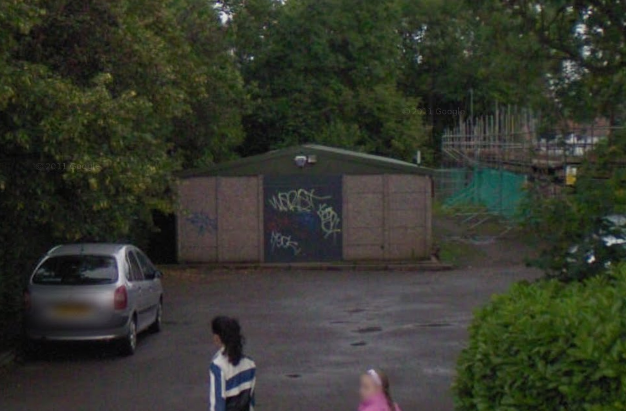 I hope these ramblings have been of interest. As I said at the beginning, I think this is just something I need to get out of my system before I turn my full attention to the new projects I’m working on. If you have any thoughts/memories/comments/grumbles/questions/feedback etc. then please get in touch or leave a comment.

If you’re new to AUTUMN, you’ll find all you need to know at the official website: www.lastoftheliving.net.