Do you remember my trip to the secret nuclear bunker a couple of years back? The time I tricked my family into helping me out with a little book research in the middle of an otherwise normal family holiday? If you don’t remember, click here to read about our Cold War day trip.

Now, do you remember Antony White? Antony’s one of the brilliant artists who contributed to www.lastoftheliving.net – I featured him and his work on this site last year (click here).

Antony got in touch again recently to tell me about a new project he has created with his partner Carly: The Last Survivors (www.thelastsurvivors.co.uk). It’s proudly described as ‘the UK’s most realistic zombie experience’ and it takes place in, you guessed it, the secret nuclear bunker I mentioned at the beginning of this post. I was invited along to a press run through but, unfortunately, I couldn’t make it. So I sent along a deputy – Ryan Fleming (star of page 351 of AUTUMN: AFTERMATH, no less!) – in my place.

Watch the trailer, read Ryan’s report by clicking the link below, then book your tickets!

“Nobody knows what happened or how it started. At first, it was news flashes on the TV and radio. Rioting in Kent and Sussex. The reports were sketchy and footage was rare. Then the radio went out. The Internet stopped working. Television ceased broadcasting. In our media-soaked world, the sudden lack of information caused mass panic.

The last few reports that made it out told of a parasite, a mutated form of toxoplasma gondii, controlling the brains of those infected, turning them into mindless creatures. These creatures had only one goal, to spread the infection further. These ‘infected’ would attack with horrific violence and aggression, clawing and spitting and bleeding over their victims. People were soon seeing it closer and closer to home, attacks spreading further out to London and the suburbs. The millions of infected in London now bolstered the wave of horror that swept through the Essex countryside. Whole towns fell in minutes as stunned residents saw their loved ones horrifically mauled and infected by blood-soaked, feral, snarling creatures.

Some people made their escape in cars and trucks, desperately trying to find a safe haven or the assistance of the police or military, but there was nothing. Only more death and devastation.

Within days, England was dead. 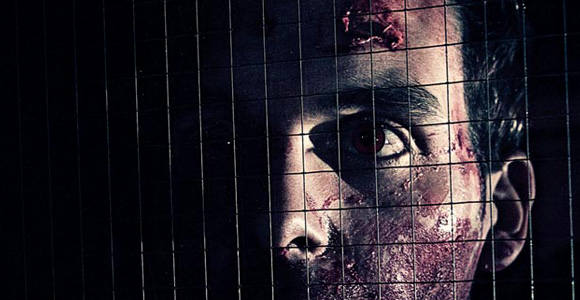 Then came a garbled radio transmission piggybacking across the FM band. We heard it as we sat in our car, parked up behind a hay bale in an isolated and overgrown farmer’s field near the town of Brentwood in Essex. We were only twenty-five miles away from the glowing ruins of London but, because of the sparse population here, we felt safe enough to evaluate our situation and decide what to do next.

The radio transmission told of a group of soldiers and scientists that had holed-up in an underground nuclear bunker complex. It was less than five miles from where we were parked, so Carrie and I decided to check it out. We were running low on petrol anyway, so it seemed our only shot. We found the entrance road to the bunker complex and turned in. We’d not seen any infected on the drive here but then, back before everything fell apart, we’d have been lucky to see anyone on these leafy lanes anyway.

As we neared the end of the entrance road, a barricade blocked our path. An armed soldier motioned for us to halt. He asked us for a report on the surrounding areas. We told him we’d seen nothing and we were ushered through. We were soon told to abandon our car and were transported to a more secure area. We were then sent in to meet one of the scientific team. He performed some quick tests on us to see if we were infected and, satisfied, went on to explain what they were doing and their theories on the cause of the outbreaks.

Then it all went wrong. 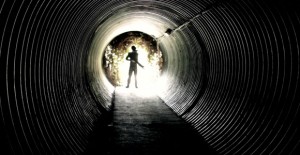 Multiple breaches were reported on the outer defenses and we were evacuated into the bunker for safety. We were hurried into the entrance tunnel, some 100 meters long, as the soldier escorting us barked orders and radioed for information. We were deep underground by now. Believing we were safe, nothing could prepare us for what happened next.

Somehow the bunker was compromised. We were then running for our lives, our footsteps drowned out by the sound of gunfire echoing off the walls. Our escort instructed us to stay close as we would need to use another exit to get topside to be picked up by the extraction team. Terrified, we did as we were told and followed the thin beam of light from the soldier’s torch, the only thing penetrating the pitch black of the now silent bunker. We passed through the blast doors and into the bunker complex. Then the screaming started. From somewhere above us, on another floor, gunfire, commotion and bloodcurdling screams could be heard. The bunker had fallen to those creatures. Our soldier, now clearly panicked but professional throughout, fell back on his training and commanded us to follow him. He led us through the echoing, ghostly bunker as the sounds of carnage grew ever closer.

We reached the emergency exit stairwell and climbed to safety, the soldier opened the blast door, affording us a glimpse of precious and much needed daylight. But the exit was blocked. We were trapped. Hurrying us down the flights of stairs and back into the bunker, our means of escape was cut off. Fear began to set in. My heart was thumping so loudly I was sure it could be heard throughout the bunker. Our soldier revealed a wound on his arm. Was it a bite? He said it hurt like hell but otherwise he didn’t seem to be affected too much. My fears were now doubled. How long does it take to turn into one of those things?? Were we in more danger now than before?

The soldier told us of a final evacuation route that would take us through the overrun bunker and out through the canteen. It wasn’t going to be easy, he was low on ammo but we had no choice. He led on and we nervously followed, back into the dark and foreboding bunker… 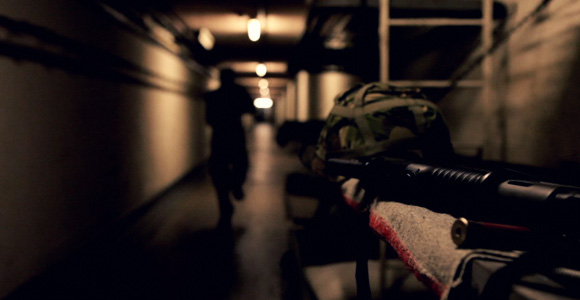 What happened above isn’t the plot of a new zombie novel or film but an account of the events when you visit The Last Survivors Zombie Experience at The Secret Nuclear Bunker in Kelvedon Hatch, Essex.

After booking online at www.thelastsurvivors.co.uk you turn up at the allotted time and are thrown right into the apocalypse before you even get out of your car. If you don’t scare easily, you will need to re-evaluate that after doing this! Being trapped in a dark and gloomy disused nuclear bunker complex with a panicking soldier and the sounds of death and chaos all around you, echoing off the walls and growing ever louder as the undead get closer and closer will trigger all manner of primal responses and fears in your head. It doesn’t matter that you know it’s not real, your base instincts that take over the moment the lights go out down. You have no choice but to go with it.

You can’t just turn around and walk out either. The place is a maze of blackened rooms, stairwells and dormitories, all fully decorated with ghostly remnants of the Cold War military that used the place right up until the early 1990s.

If you like zombies, horror or just something fun and truly unique, then this an experience you’ll not forget for a very long time.”

Thanks to Antony and the team behind The Last Survivors, and to Ryan for volunteering his services. Believe me, if Ryan was scared, you will be too! For more information and to book tickets, visit www.thelastsurvivors.co.uk.